Sociology professor James Nolan’s forthcoming book, based on his grandfather’s letters and recollections about working on the Manhattan Project, sheds light on the early atomic age. 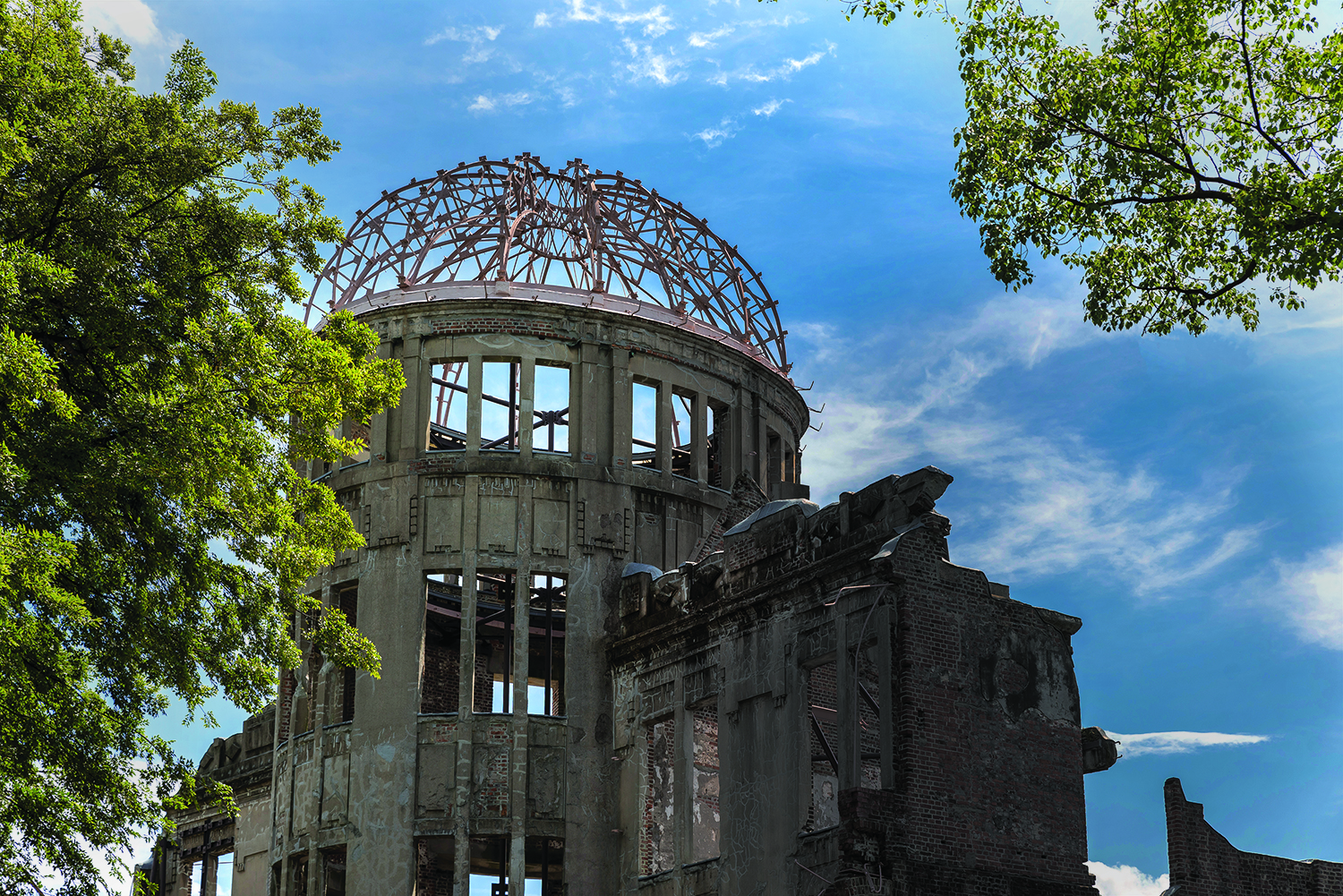 The Atomic Bomb Dome in Hiroshima, Japan, which was located almost directly underneath the Aug. 6, 1945, explosion but withstood complete destruction. The remains still stand and were designated as a World Heritage Site in 1996. (Photograph: Bridgendboy via Getty Images)

In the year after the Los Alamos National Laboratory opened, U.S. Army Capt. Jim Nolan, M.D., delivered 80 babies at its hospital. With his training in radiology, the obstetrician also worked with other scientists on different projects until, at a crucial moment, he was asked to deliver something else—the A-bomb. Nicknamed “Little Boy,” it was the first nuclear weapon used in warfare. Nolan escorted components of it from Los Alamos to Tinian Island, where it was built and then deployed.

His experiences are the subject of a new book by his grandson, James Nolan, Williams’ Washington Gladden 1859 Professor of Sociology. In addition to informing Atomic Doctors: Conscience and Complicity at the Dawn of the Nuclear Age, to be published in fall 2020 by Harvard University Press, Nolan’s research resulted in the course Going Nuclear: American Culture in the Atomic Age, which he taught for the third time in the fall.

“In the book, my grandfather serves as a Virgil of sorts, leading me through major events of this important era and introducing me to a variety of interesting people,” Nolan says. “It’s not so much about him as it is the front-row seat his journey provides for exploring defining features of the early nuclear age.”

Nolan has long held an interest in the role of technology in modern society and says, “The atomic bomb is the quintessential, most determinative technological invention of the 20th century.” His course is cross-listed in sociology and history and delves into topics about technology and the military.

“In both the book and the class, I draw on the work of the French sociologist Jacques Ellul, who talks about the deterministic quality of technology,” Nolan says. “One of Ellul’s important ideas is that once a technology is invented, it takes on a life of its own, and we lose control of it and begin instead to react to it.”
Nolan points to a sentiment he came across multiple times in his research: “A number of the Manhattan Project physicists, including Frank Oppenheimer, said, more or less, ‘It was as though the machine compelled us forward.’” Nolan says many of those scientists have since expressed profound regret, yet, “They each seemed also to feel that the bomb was an inevitability they could not stop.”

This concept struck Giebien Na ’20, who studies history. He finds it difficult to imagine a world without nuclear weapons and says he first encountered the idea of Manhattan Project physicists regretting their invention in Nolan’s course. “My generation accepts nukes as fact, and political science courses present them as an effective deterrent, something that offers global stability,” he says. “This course has shown me a very different narrative.”

Na describes a visit to the class by Tomiko Morimoto West, a Hiroshima survivor who was 13 and working in a factory with her schoolmates when the bomb was dropped. “She talked about all of her classmates being instantly killed and then walking through the city and all the bridges having collapsed,” Na says, adding that the class has changed his perspective on the role of technology in the military. “New technology has consequences that we don’t always fully consider before invention.”

Nolan’s grandfather was with the first team of Allies to walk into Hiroshima days after the bomb fell, and he was never the same afterward. “He never talked about what he saw in Japan, but he maintained a sort of tortured silence about his role on the Manhattan Project,” Nolan says. “Because publicly he only ever supported the official narrative about the bomb—that it saved American lives and ended the war—it’s difficult to know what he really thought about it and its lasting consequences.”
—Julia Munemo