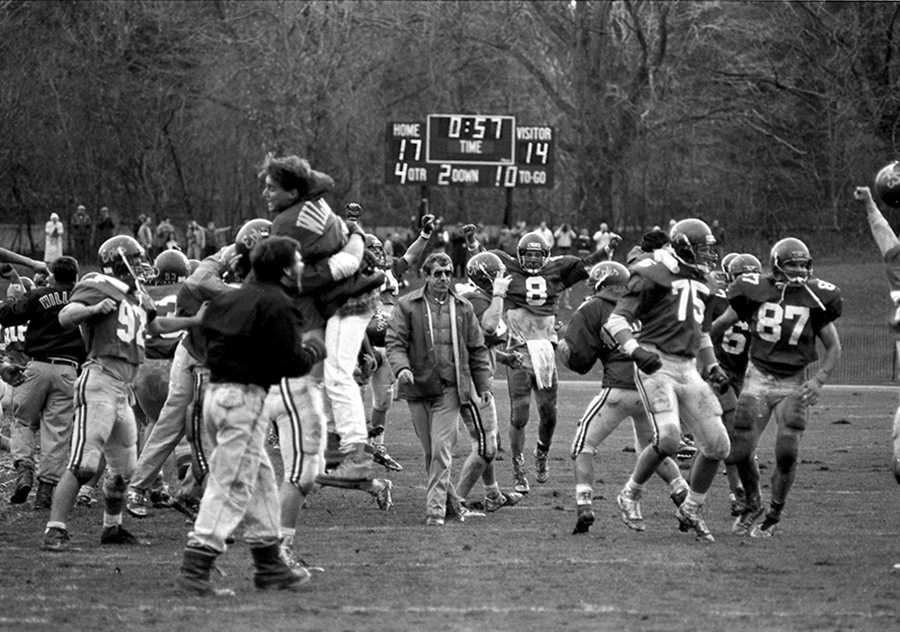 Last fall, ESPN.com published its list of the 150 greatest coaches in college football’s 150-year history. Coming in at number 138 was Williams’ own Dick Farley, who led the team to a 114-19-3 record from 1987 to 2003. This photo, taken by Berkshire Eagle photographer Bill Tague, captures the moment Farley capped his first perfect season, at home against Amherst in 1989. He’d go on to six undefeated seasons and four conference titles, as well as a 128-game streak without losing back-to-back games—all of which, ESPN wrote, points to his “sheer greatness.”