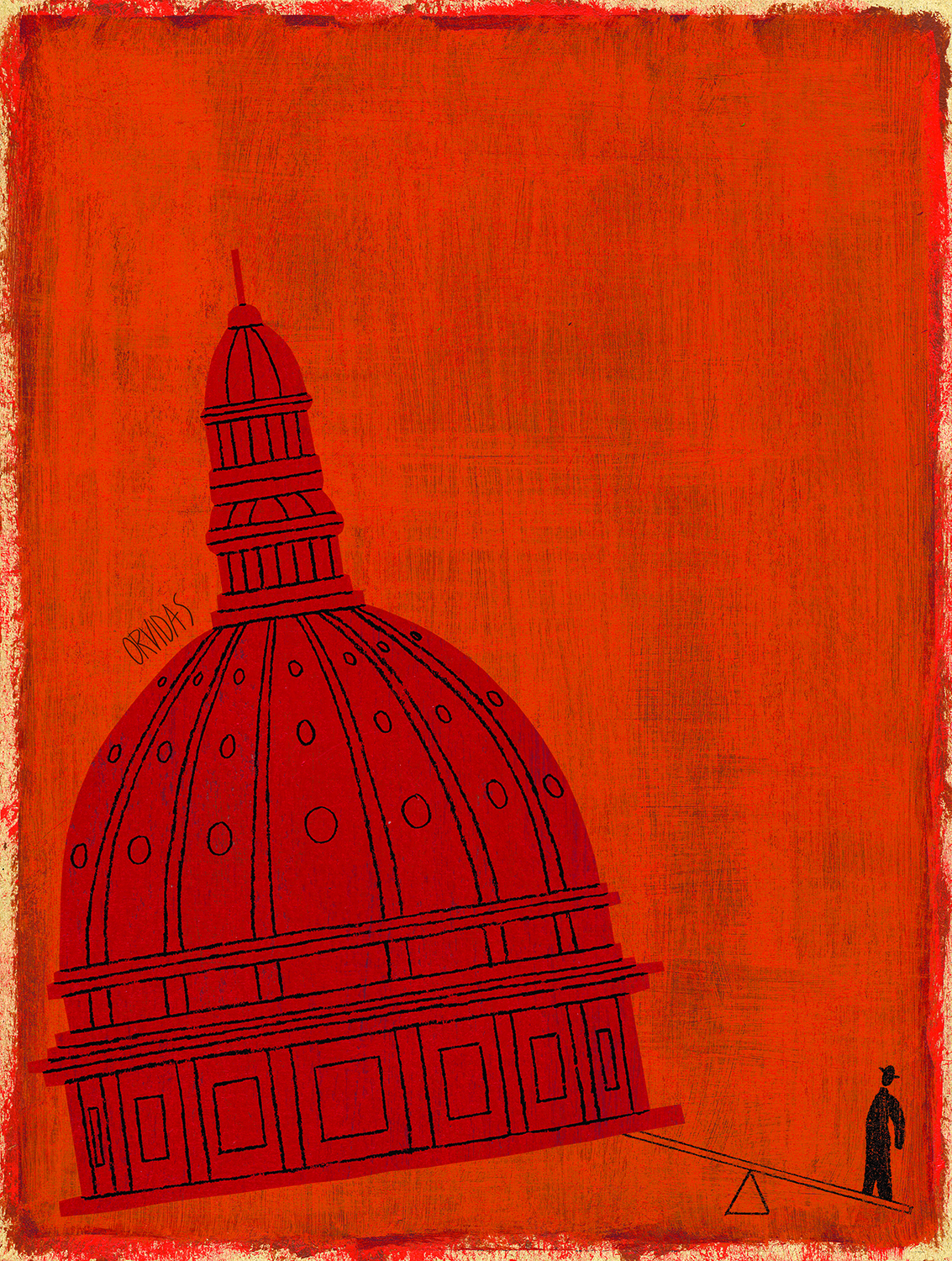 A professor of law at UCLA School of Law, Jon D. Michaels ’98 is a widely published expert on presidential power and the separation of powers. “Over the years,” Michaels says, “I’ve come to appreciate the degree to which presidents of both parties have taken it upon themselves to exercise more unilateral power. That has led to the question: What can Congress do, what can the courts do, and what can the states do to limit what in modern times has been called ‘the imperial presidency?’” With impeachment dominating the news cycle at the start of the year, Williams Magazine asked Michaels to share some of his thoughts on the topic.

So, it adds another layer to the separation of powers.
Yes, but impeachment shouldn’t be seen as a way for Congress to grab hold of the reins, for a couple of reasons: One, it is inappropriate; it’s not what it’s meant to be used for. And, two, it’s awfully hard to accomplish. Congress has the power to impeach and remove the president. But Congress has a lot of power to curtail the president’s discretion in ways that are much simpler, much cleaner and much easier.

When is impeachment appropriate?
To be impeached is to be given a scarlet letter. Congress is putting down a marker—a moral and, to some extent, legal marker—that this person has run afoul of ordinary political disagreements, that this is not maladministration, this is not incompetence, this is not a difference of opinion. Family segregation, the travel ban, cozying up with North Korea, pulling troops out of Syria prematurely—those, to me, are questions of maladministration. They’re about policy. They ultimately may have far worse consequences than a bribery scheme with Ukraine, but they’re within the realm of normal politics. And the way we resolve them, if Congress isn’t going to stand up to the president in the moment, is through periodic elections. But when a president acts with venality, when a president acts with corrupt intent, that’s when we talk about impeachment.

Is it a question of legal versus illegal acts?
It would be a mistake to assume that everything the president could do to jeopardize the state, to undermine the integrity of democratic processes, would be found in a code of criminal law. The phrase “high crimes and misdemeanors” was never meant to track federal criminal law. There are some violations of federal law that don’t rise to the level of high crimes and misdemeanors. And there are some noncrimes that imperil the state but would never fit into our federal criminal law, because only the president has the power to do them. Endangering national security, subverting the democratic process, violating one’s oath of office—those aren’t in the federal criminal code, because they’re in the Constitution. They’re already against the law—they’re against our supreme law. At the same time, the constitutional language “other high crimes and misdemeanors” is in a series with treason and bribery. We can take from that construction that the impeachable acts have to be of significant magnitude—a petty criminal offense probably doesn’t rise to the level. There’s a famous hypothetical in which a president helps a young aide hide marijuana during a police search. That’s a crime. But it’s probably not a crime of the same magnitude as treason and bribery. So the criminal code is both under- and over-inclusive of what should be subject to impeachment.

What do you think will be the historical implications of this impeachment?
It’s an important milestone, but I don’t think it’s the final word on Donald Trump or this Congress. We constantly revisit our understandings. For example, the vote to acquit Andrew Johnson in the Senate during his impeachment trial in 1868 was lauded in John F. Kennedy’s Profiles in Courage. Profiles was written in the mid-’50s, and it already feels like a very dated assessment. People are much more critical of Johnson now, because we’re much more sensitive to the destructive nature of white supremacy. Kennedy was writing before the Civil Rights revolution and re-emergence of the virulent strain of white nationalism that we’re confronting today. We think of Kennedy as one of the early modern presidents, but his assessment of Andrew Johnson is regarded much more dimly now. Similarly, we’ll be debating the meaning of this most recent impeachment for generations.