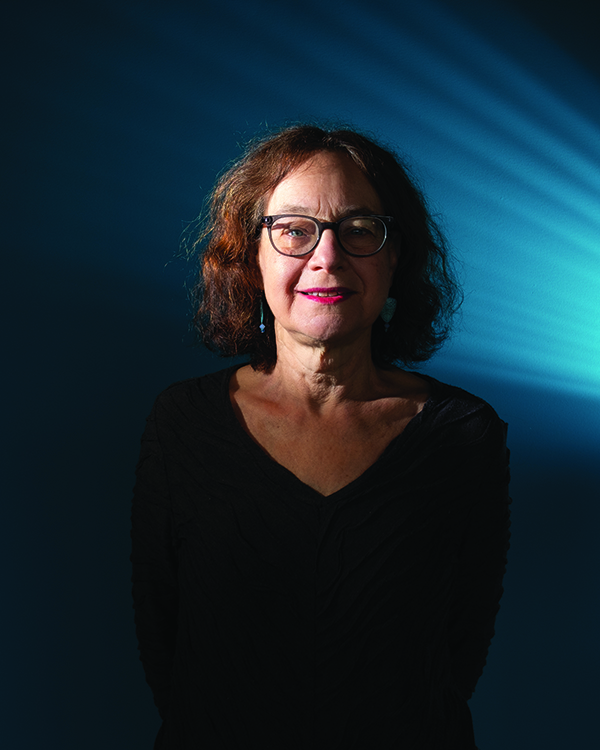 What determines behavior: genes or the environment? Neuroscientist Betty Zimmerberg and her students have worked to answer that question in the tutorial Nature Via Nurture.

The course explores topics such as child neglect, antisocial behavior, addiction, anxiety, risk-taking, empathy and depression in animal models. It’s a traditional tutorial—with pairs of students under Zimmerberg’s guidance alternately presenting and critiquing each other’s responses to current neuroscience literature. There’s also a weekly lab in which students get hands-on experience working with rats to understand the interaction of genetic and environmental factors in determining behavior.

Zimmerberg, the Howard B. Schow ’50 and Nan W. Schow Professor of Neuroscience, has spent her career working with rats, which have an almost identical brain chemistry to humans. For two decades, she has worked with two lines of rats, developed over nearly 60 generations, by breeding those who were most anxious as pups (“High-line” rats) and those who were least anxious (“Low-line” rats). The level of anxiety is determined by the rate at which pups called out when separated from their mothers.

During lab sessions in the spring, tutorial pairs worked to breed female rats (called dams) and observe their pups’ levels of anxiety. Using both lines of rats, the teams designed their own experiments for testing adolescent offspring. Questions centered on whether the two lines would differ in their response to an environmental factor: prenatal stress.

One pair of students explored the effects of oxytocin, a hormone associated with empathy and trust. Other teams looked at whether nature or nurture matters more in developing depression, anxiety or positive social behavior.

“Students have the opportunity to apply methods they learn about in scientific papers to the design of their own projects, focused on questions that haven’t yet been explored,” says Emily Harris ’19, a teaching assistant for the course. “This experience is invaluable for students who want to pursue future research in neuroscience.”

Zimmerberg, who has taught Nature Via Nurture for 15 years, says the work she does in the lab with students is an extension of her own research. She studies early brain development and the way adverse events during pregnancy or early in life can alter normal development and lead to behavioral dysfunctions. Many of her publications are co-authored by Williams students and involve research conducted with her lines of rats.

Zimmerberg published an article in Physiology and Behavior in 2010 with biology and psychology major Shivon Robinson ’11, who’s expected to join the psychology department at Williams in the fall. The article showed that the steroid allopregnanolone reduces anxiety in High-line pregnant dams and that their offspring were less anxious as infants and less depressed as adults. This past March, the U.S. Food and Drug Administration approved allopregnanolone to treat postpartum depression in women.

“Many students come to the class with a specific question in mind about anxiety or social behavior,” Zimmerberg says. “I love that the tutorial model allows for the intimate connection between my scholarship and what students want to learn about.”