Coaching students inside the classroom and on the mat. 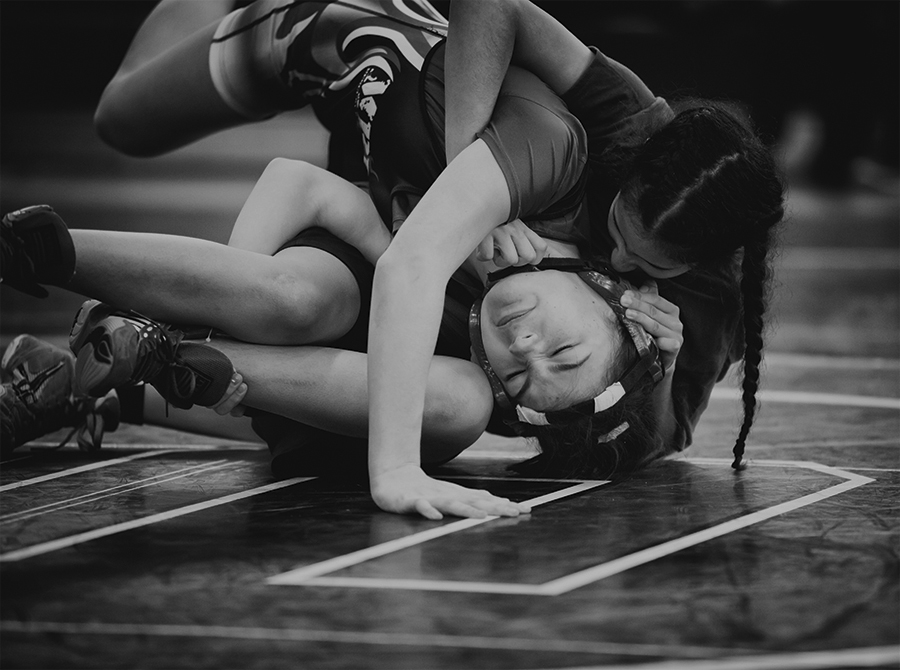 By José Valenzuela ’07
I’m standing on the sidelines of a middle school wrestling match, watching one of my students get beat. He’s a little guy—just like I was at his age—and I’ve coached him for a couple of years. To the best of my ability, I’ve shown him what he needs to know to win this match. But right now, he doesn’t believe he has what it takes. All I can do is stand over here and watch. If I call out reminders of the techniques we’ve gone over, he won’t be able to put them into action. And even if that were my style of coaching, he wouldn’t be able to hear me if I shouted at him. He knows as well as I do that everything he put in before he stepped onto the mat is exactly what he has access to right now.

In wrestling, as in school, we learn best when we are pushed beyond our comfort zone, as long as we have the support we need in place.

I have seen the same thing in my public school classrooms my entire career. My students are fighting to push through language barriers as recent immigrants, or they’re fighting the challenges of learning with a disability, or they’re fighting societal norms. Whatever they’re fighting, usually it means they’re not learning. People who observe my classes tell me I seem more like a coach than a teacher, and I always thank them. In my classroom, just like on the mat, my goal isn’t to teach at my students. My goal is to give them the tools they need to do the learning on their own.

In graduate school, I learned theoretical concepts, like Vygotsky’s Zone of Proximal Development, which never seemed like a concept with a practical application until I stood on the sidelines of a match. In wrestling, as in school, we learn best when we are pushed beyond our comfort zone, as long as we have the support we need in place. In the classroom, that means allowing students to explore deep and difficult historical concepts—a few steps beyond what they think they can do but with scaffolding that allows all students to access the curriculum and to be critically minded in an increasingly complex world.

On the mat, it looks like what I’m watching now: A 90-pound seventh grader being pushed outside of his comfort zone by a kid with a little more experience, but there’s scaffolding in place to help him along the way. The referee will blow the whistle if something looks unsafe, or someone will step out of bounds, or time will expire. By the end of the match, this kid will have a different look in his eye. There may be disappointment if he loses, but that won’t be all I’ll see. Wins and losses are not the only measure of progress and growth—and that’s a lesson he will learn on the mat, just like I did.

When I was his age, I was drowning. I was an immigrant kid. Moving to Boston, I was stuck between two worlds: the only Latinx student in my classroom in a school where all the other Latinx students were labeled “English Language Learners” and were given instruction in Spanish. I tested into an elite private school for sixth grade, and, surrounded by predominantly white, wealthy faces, my grades started to drop for the first time in my life. I felt isolated in that school, but it offered me a chance to play sports, a resource never offered in my under-resourced public school. So I joined wrestling. If I hadn’t made it onto the team, I would have drowned in that school. But instead, I got a coach who cared about me. He made practices fun, and he didn’t care that I wasn’t winning. During that pivotal year, before I left for Boston Latin School in seventh grade, I learned to associate the experience of developing and growing as the thing to strive for instead of focusing on the wins and losses. Pretty soon, I was able to apply those same lessons to what I was learning in the classroom. And, as a teacher and coach, those are lessons I want to teach all my kids—in school and on the mat.

When the whistle blows, I put my arm around this kid and tell him what my coach used to tell me: Winning isn’t the measure of growth. The measure of growth is how much you learned today and how to bring that self-reliance and confidence back to the mat next time—and into the classroom tomorrow, and into your heart for the rest of your life.

After Williams, José Valenzuela ’07 returned to his hometown and began a career teaching history in the Boston Public Schools. He’s been teaching seventh-, 11th-, and 12th-grade history and geography at Boston Latin Academy in Roxbury since 2014. In 2010, he founded Boston Youth Wrestling, which brings the sport into schools all over the city and serves more than 500 students each year.