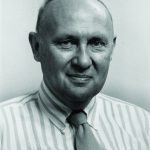 Lamb coached Williams men’s lacrosse and football and women’s squash in a career that spanned 36 years. He was a mentor, friend and inspiration to generations of Ephs. “He taught [players] the value of hard work, sacrifice, loyalty and leadership,” says Dick Nesbitt ’74, senior advisor in the admission and financial aid office, who played lacrosse for Lamb as a student and coached the sport with him for a decade. Lamb was inducted into four Halls of Fame, including the Intercollegiate Men’s Lacrosse Coaches Association Hall of Fame. Thirty of his players earned All-America honors. He is survived by his wife, two daughters, two stepsons and five grandchildren.

Fuqua joined the faculty in 1966 as chair of the Department of Classics and taught Greek and Latin until his retirement in 2003. He served on numerous college committees and was known widely as the author of the “Fuqua Letter,” which pioneered the concept of transparency in the higher education tenure process. “He contained worlds, and he gave of those worlds to his students and colleagues at Williams,” says Meredith Hoppin, the Frank M. Gagliardi Professor of Classics, emerita. He is survived by his wife, three children and a granddaughter.