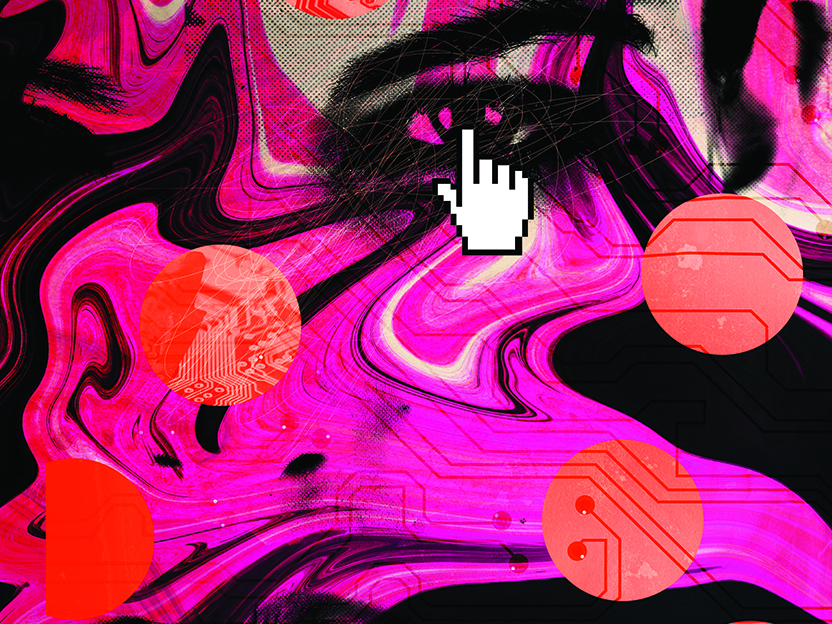 We’re not nearly as susceptible to misinformation in the digital age as we previously thought, says psychology professor Jeremy Cone.

Shortly after the 2016 presidential election, “pizzagate” went viral on social media. The story—that Hillary Clinton and several others were running a child sex-trafficking ring out of the basement of a D.C. pizzeria—had no basis in reality. Yet an Economist/YouGov poll that December showed that 46% of Trump voters and 17% of Clinton voters believed it to be true.

To Williams psychology professor Jeremy Cone, the Pizzagate story raises important questions about whether the gut-level, split-second evaluations we make about another person can be changed with new information. The answer is yes, based on studies he conducted with Melissa J. Ferguson of Cornell University and Kathryn Flaharty ’18, a psychology lab manager at Georgetown University who was Cone’s research assistant and honors thesis student at Williams.

Moreover, the researchers say, the credibility of the new information we receive about another person plays an important role in the process. The results of their study, published recently in the Proceedings of the National Academy of Sciences, refute the long-held belief that these so-called implicit impressions are difficult to change.

“In a digital environment polluted by misinformation, the question is whether we’re damaging our ability to form accurate impressions of other people,” says Cone. “When you hear that Hillary Clinton is operating a pedophilia ring out of a pizzeria, even if you don’t consciously endorse that idea, has your implicit opinion of her changed simply by being exposed to it?”

To find out, Cone and his colleagues asked participants to look at an image of an unfamiliar face on a computer screen. To establish a very strong, positive reaction toward this fictional person named “Kevin,” they bombarded participants with positive information: “We told them Kevin rescues kittens from trees and does wonderful things for his parents,” Cone says.

The researchers then used a computer task to gauge what implicit beliefs participants had formed about Kevin. Says Cone, “Invariably, they now had a gut-level positive response to him.”

Cone and his colleagues next provided extremely negative details about Kevin. “We told them that it turns out he was convicted of domestic abuse,” Cone says. Some of the participants were told this information came from a reliable source, while others were told it was gossip—that it could be true, but the person spreading the news had ulterior motives.

“For participants who received this negative information from sources they deemed unimpeachable, such as police records, we saw immediate changes in their gut-level responses,” Cone says. “But for those who deemed the source unreliable, much smaller changes were recorded.”

That’s good news, says Cone, who came to Williams in 2015 and teaches courses including Social Psychology and Social Judgment. “The believability of the information and how much you subjectively think the information is credible is enough to cause a large revision in your gut-level impression of a person,” he says. “This means that we are not nearly as susceptible to misinformation at the subconscious level as previously thought.”

Connecting the research to the upcoming election cycle, Cone says people shouldn’t worry so much that false information could taint the digital space to such a degree that it changes their impressions about candidates. “Being influenced by misinformation requires that we trust the source it comes from,” he says. “If a friend of a friend who you don’t really trust shares a negative political ad, it won’t have nearly as large an effect on your gut-level response to that candidate, because you don’t see the information as credible.”

While there are still questions about what causes changes in believability—and about the relationship between believability and credibility—Cone says the best tool to fight misinformation is already at our disposal. “We can’t rid the Internet of false news stories,” he says. “But our findings suggest that fact-checking can be very effective.”
—Julia Munemo