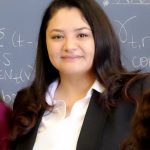 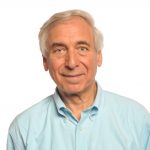 A mathematician and an astronomer have been honored by their respective professional associations for their teaching, research and overall excellence. Pamela Harris, assistant professor of mathematics, received the 2019 Henry L. Alder Award from the Mathematical Association of America (MAA). The award recognizes distinguished teaching by a beginning college or university mathematics professor. The organization cited a student who wrote that Harris “always pushed us toward the deeper questions … and pushed us to think and learn in ways that were not always within our comfort zone.” The MAA also called Harris “a fierce advocate for a diverse and inclusive mathematics community … internationally known for her impact on future generations through her efforts to highlight Latinx/Hispanic heritage in mathematics.”

Jay Pasachoff, the Field Memorial Professor of Astronomy and department chair, received the Astronomical Society of the Pacific’s 2019 Klumpke-Roberts Award for what the society calls his “lifelong endeavor as a popular and scholarly commentator” whose dedication to the field has touched people across generations. As one nominator wrote, Pasachoff “has devoted his entire career to fathoming the universe while bringing all of us along with him in the endeavor. For more than a half century, he has investigated, communicated and educated—and done so with success, humility and humor.”