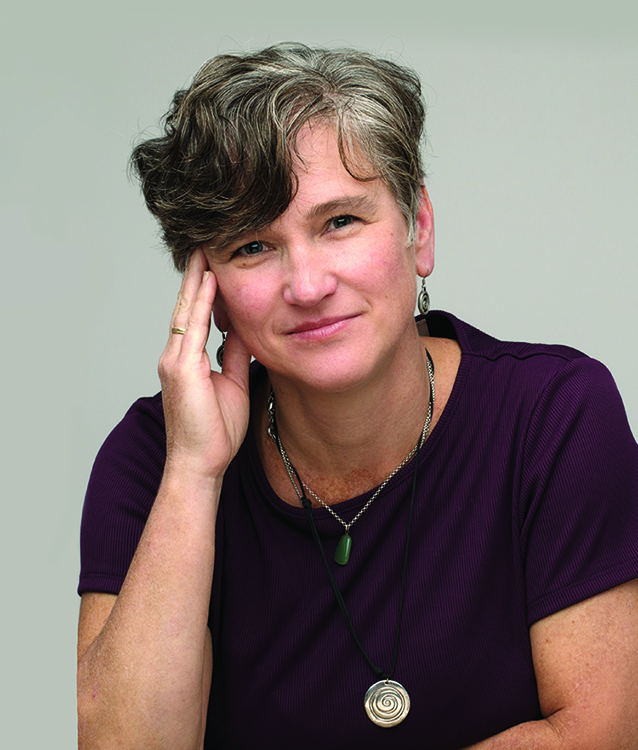 Research on apologies by social psychologist Cindy Frantz ’91 has garnered attention in recent months as public apologies have dominated news cycles. A member of the psychology department at Oberlin for the last 15 years, Frantz also studies environmental psychology. Her current scholarship considers how to make climate change a more concrete problem for people—thus eliciting an emotional response to it—using media coverage, electronic tools indicating resource use and systemic reminders such as labels on waste and recycling containers. Frantz is the first to point out that apologies and sustainability might seem unrelated. But her study of each topic stems from the same place—the notion of being able to adopt another’s perspective. Both interests were born at Williams.

WILLIAMS MAGAZINE: How did you start studying apologies?

CINDY FRANTZ ’91: A student in a class I was adjuncting at Williams in 1999 did a research project asking if there is such a thing as a “too-early apology.” After she collected some data suggesting that there is, I ran some follow-up studies and found the same pattern. A late apology is better, but only if the reason it’s later is because there’s been a conversation that makes the victim feel understood. A too-early apology can make the victim feel like the perpetrator did not take the time to understand their perspective and therefore doesn’t understand what they did wrong.

WILLIAMS: How does this research inform your understanding of some recent public apologies?

FRANTZ: Public apologies are complicated, because they serve multiple purposes. When Congressman Greg Gianforte in Montana first apologized for punching a reporter, he wasn’t apologizing to the victim. He was apologizing to his supporters. On the other hand, I thought comedian Louis C.K. did a great job apologizing for his sexual misconduct because he reflected on the perspective of the victims and the wider cultural situation. By acknowledging that he was in a position of power over these women, he could better acknowledge the harm he’d done. A lot of people in positions of power don’t want to acknowledge that imbalance—and this applies to any apology where there’s a difference in power. For an apology to be effective, the perpetrator has to understand the victim’s worldview and experience. That’s where my work on too-early apologies informs my understanding of public apologies—the central theme here is the perpetrator’s ability (or inability) to take the victim’s perspective.

WILLIAMS: How is your work about apologies connected to your current research?

FRANTZ: All of my work is about perspective-taking. My current work is about taking the perspective of the environment. I’ve always been an environmentalist, and I can remember being in college and feeling stressed out. But when I’d look up and see the mountains and take a deep breath, it would put everything in perspective. Environmental psychology is about understanding how the physical environment impacts us psychologically, and I have worked on a scale to measure people’s connection to the natural world. We’ve found that people’s connection to nature is associated with well-being in many different ways, but, interestingly, it’s also associated with perspective-taking. Meaning, a connection to nature impacts one’s ability to take the perspective of another person. The benefits of a connection to nature are well documented, but the piece we’ve added is that nature gives us the feeling of being part of something larger than ourselves. That’s what I was experiencing when I would look up at the mountains in college.
—Julia Munemo