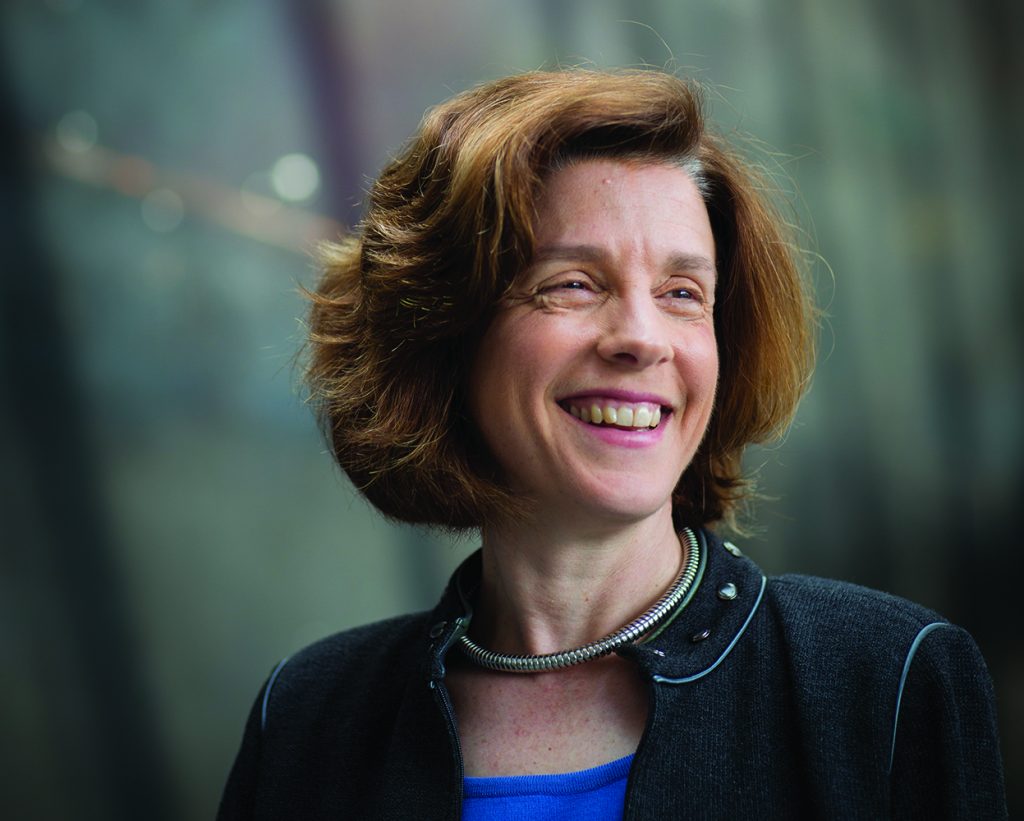 Life has been a rush of joyous activity since the Williams Board of Trustees appointed me as the college’s 18th president in the spring. First the happy blur of the public announcement in March, then campus meetings with faculty, students and staff . Next came my family’s relocation, which was a significant endeavor after 16 years of living in the same home. And now this inaugural column—my first official “meeting” with many of you in the Williams community of alumni, parents and friends, as well as faculty, staff and students. As I told a campus audience during a visit in April, it’s hard to capture just how thrilling it is to finally have the opportunity to say hello. My early meetings with fellow Ephs confirmed the sense that I’m joining a welcoming and supportive community, eager to partner with me for the future.

As I mentioned in my April remarks in Chapin Hall, I began my own educational journey at Oberlin College. I credit that experience with making me a curious person—forcing me to question every assumption and ground my opinions in evidence. Over the course of 20 years at Brown, I committed myself to instilling in students that same appreciation for the power of inquiry and evidence. The Williams presidency is a thrilling opportunity to extend those efforts further and more boldly. And the timing couldn’t be more apt: In the face of competing truth claims and an overabundance of input, young people face many temptations to retreat into politicized corners—to talk only to those with whom they agree, and to narrow the influx of information. They need robust educational opportunities to teach them how to sift through information, analyze data, form ideas and opinions, and develop the communication skills and moral courage to engage thoughtfully across many forms of difference.

This issue of the magazine, which arrives in your mailbox at roughly the same moment I arrive at Williams, includes some vivid examples. Perhaps the most prominent is “Deconstructing Borders,” a conversation among professors who study and teach about the complex interactions among identity, community and social media. The faculty come from diverse disciplines, including Africana studies, religion and computer science, but they converge on profound questions about the relationship between community and technology.

Elsewhere in the magazine, you’ll find the story of a new class on free speech that has drawn students into discussion of difficult topics from very different viewpoints, and another piece about Cindy Frantz ’91, now a professor at my alma mater, who has studied the psychology of apologies and their connections to the environment.

There’s much more here, including a fun feature that looks into some of Williams’ most colorful myths. These nuggets of Williams lore—the stories we tell each other—can also play a role in how we constitute our community when they’re approached with an appropriate degree of skepticism and good humor.

Earlier I referred to the last few months as a “rush of joyous activity.” My reference to joy is absolutely intentional. As I hope you will discover, I experience tremendous joy living and working in a learning community. Williams is without a doubt that community.