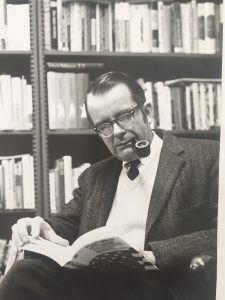 H. Ganse “Binks” Little, who joined the Williams faculty in 1963, died on March 14. He was 85. Little served as chair of the religion department for 20 years during a time that witnessed the development of a landmark introductory religion course. He also was chair of the Committee of Undergraduate Life, paving the way for student membership on standing committees that, until then, were strictly com-posed of faculty. “Almost immediately following his faculty appointment in the Department of Religion, it became apparent that Binks Little had the potential to become a significant leader in his department and in the college generally,” says John Chandler, Williams president, emeritus. Little is survived by his wife, Susan, three sons, including William Little ’85, and six grandsons.