A Closer Look: It’s Something 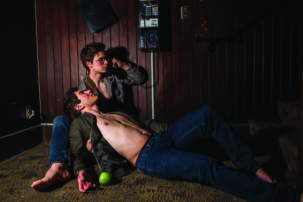 For the senior exhibition It’s Not Nothing at the Williams College Museum of Art, English and studio art major Phoebe Mattana ’18 says she focused on the idea of “the camera as a gun—a tool of oppression in modernist consumerist culture used to sell not only products and services but also a set of cultural ideals.” Her photos make use of products like eggs, jelly, laundry detergent and beer “to draw attention to the body as a consumable object.” Mattana was among the nine senior studio art majors who exhibited their work in May and June. 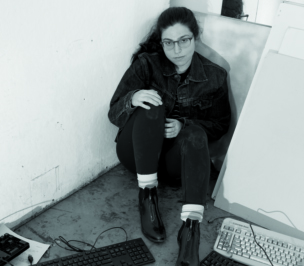 Phoebe Mattana, in her studio, photographed by Hudson Bohr ’18