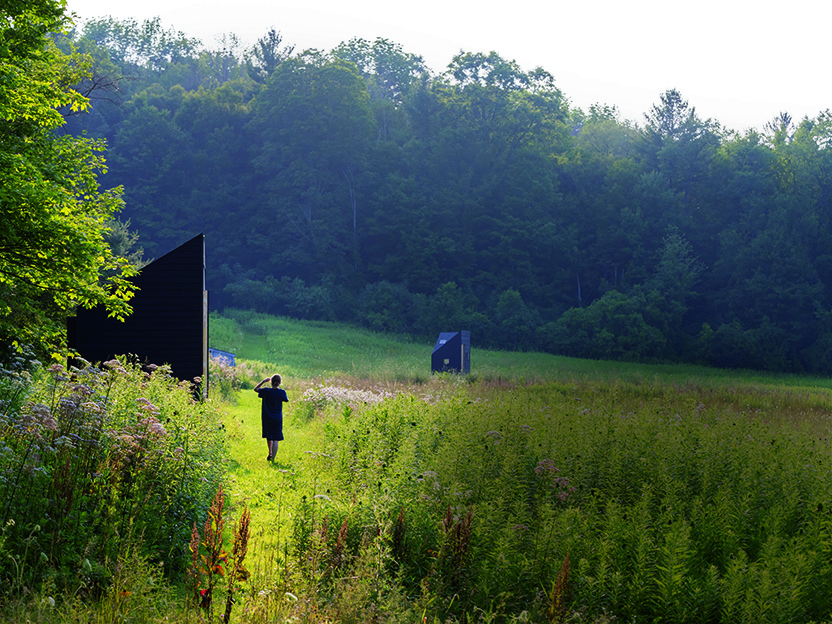 Tessa Kelly ’07 blends literature and architecture in her project, The Mastheads.

Now in its second summer, The Mastheads—a literary and architectural project cofounded by Tessa Kelly ’07—brings five writers to private, one-room studios scattered throughout Pittsfield, Mass., for month-long residencies. Each writer is assigned a studio designed as an architectural interpretation of the original structures in which five American authors produced work in the mid-19th century.

“I see architecture as a narrative process, much like writing,” says Kelly, who majored in art history and English at Williams and went on to study architecture at Harvard. “With The Mastheads, we are finding new meaning in the concept of historical preservation, asking how we interpret the past through the present.”

“Our mission is to use the city’s rich history as a platform to support the imagination and production of new creative work,” says Kelly, who returned to her hometown of Pittsfi eld to open an architectural firm and bring The Mastheads—part of her graduate thesis—to life.

The five writers-in-residence share a home for the month of July and spend their days in the open-air, rustic studios. The Mastheads also runs a summer lecture series that each year focuses on a new combination of writers with ties to the area. The 2018 series includes William Cullen Bryant, W.E.B. Du Bois, Fanny Kemble and Catharine Maria Sedgwick. During the school year, The Mastheads leads a creative writing program in local schools.

“The Mastheads is both outreach and upreach,” says Peter Murphy, Williams’ John Hawley Roberts Professor of English, who taught Kelly as an undergraduate and now serves as an advisor for The Mastheads. “It is not just a writers’ program but a broad cultural initiative that, with its focus on our community, is intensely local.”