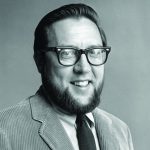 McGill began his career at Williams immediately after receiving his Ph.D. in psychology at Princeton in 1958. At Williams, he was noted for his ability to secure federal grants that typically went to larger research universities. He received National Institutes of Health funding for 20 consecutive years for his studies of the relationship between hormones, genes and behavior. He was elected Fellow of the American Association for the Advancement of Science in 1968. He is survived by two sons and their families.