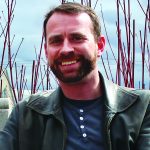 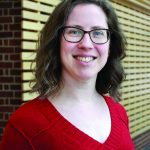 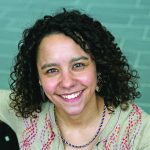 A paleontologist, Cohen researches the co-evolution of life and environments throughout earth’s history, with a focus on life before the evolution of animals. Her work, which combines microscopic and microchemical techniques with data from field-based stratigraphy and sedimentology, is funded by the NASA Astrobiology program and the American Chemical Society Petroleum Research Fund. She teaches courses on earth history, geobiology, paleobiology and mass extinctions. She serves on the program advisory committee for women’s, gender and sexuality studies and on the Faculty
Steering Committee.

Ephraim is a political theorist focused on modern political thought, environmental studies, science and technology, and democratic and feminist theory. She is the author of the book Who Speaks for Nature? On the Politics of Science (University of Pennsylvania Press, 2017) and co-editor of Second Nature: Rethinking the Natural Through Politics (Fordham University Press, 2013). Her work has appeared in the journal Political Theory. Her courses include Politics After the Apocalypse, Politics Without Humans?, and Modern Political Thought. She serves on the  Committee on Educational Affairs.

Knibbs studies medieval legal history and the phenomenon of medieval forgery, including forgeries associated with Pseudo-Isidore. His books include Amalar: Liber Officialis/On the Liturgy (Harvard University Press, 2014) and Ansgar, Rimbert and the Forged Foundations of Hamburg-Bremen (Ashgate, 2011). He teaches courses on the medieval world, magic and sorcery from the medieval to the early modern periods, and the cultural and political transitions that took place between Antiquity and the Early Middle Ages. He serves on the Justice and Law Studies Committee.

Mitchell’s research, which includes ethnographic studies of male and female sex workers during global sporting events, has received awards from the Ford Foundation, National Science Foundation and American Anthropological Association. He is the author of Tourist Attractions: Performing Race & Masculinity in Brazil’s Sexual Economy (University of Chicago Press, 2016), and he has contributed to four edited volumes. His courses address the intersections of gender, sexuality and race and include Sexual Economics and Performing Masculinity in Global Popular Culture. He serves on the Faculty Steering Committee.