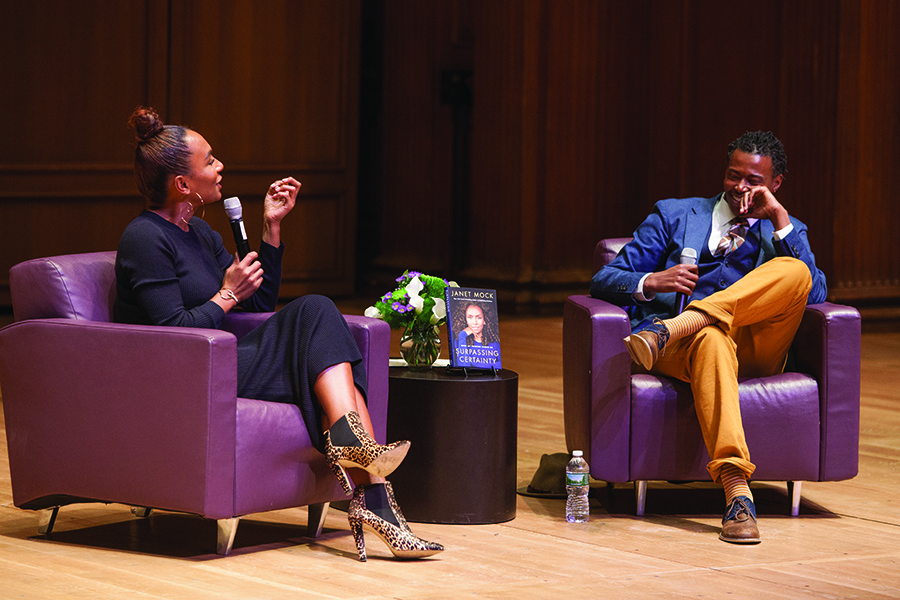 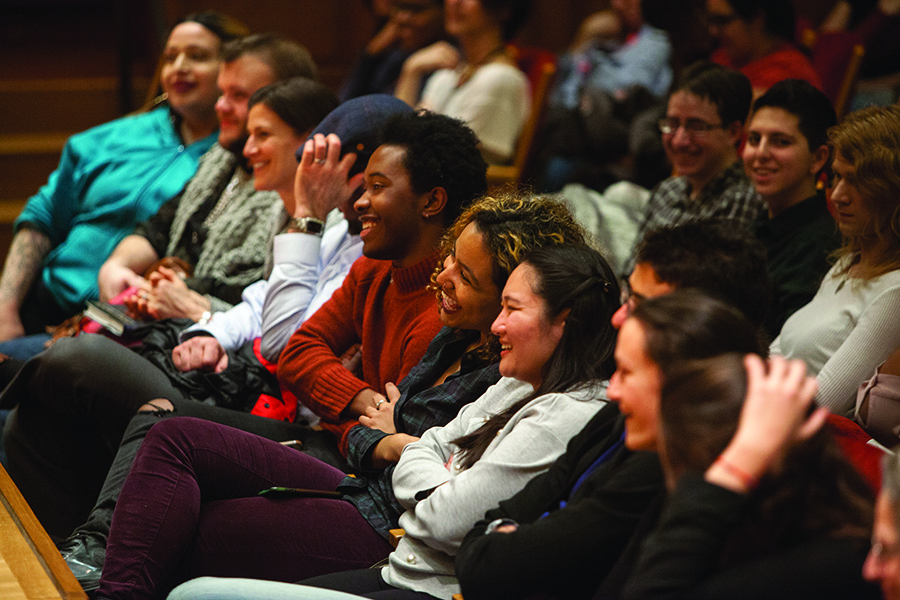 Audience members laugh while listening to a conversation between activist and writer Janet Mock and Professor Kai Green.

On Feb. 1 the Williams community took part in Claiming Williams, a day of conversations and questions around the theme Stand With Us Now.
Julissa Arce, a writer, CNBC contributor and advocate for immigration rights and education, gave the morning address. She shared her experiences growing up as an undocumented immigrant and the challenges DREAMers face. “Our laws are always having to catch up with what is right,” she said.
In the evening, Janet Mock, a writer, TV host and advocate for trans women, was in conversation with Kai Green ’07, assistant professor of women’s, gender and sexuality studies. Mock’s message to students of color and queer students was: “Just because you don’t see yourself doesn’t mean you don’t exist.”

This year’s theme was a nod to the student-led movement called Stand With Us that grew out of a series of racist and sexist incidents on campus and led to the creation of Claiming Williams 10 years ago.