Williams and World War I 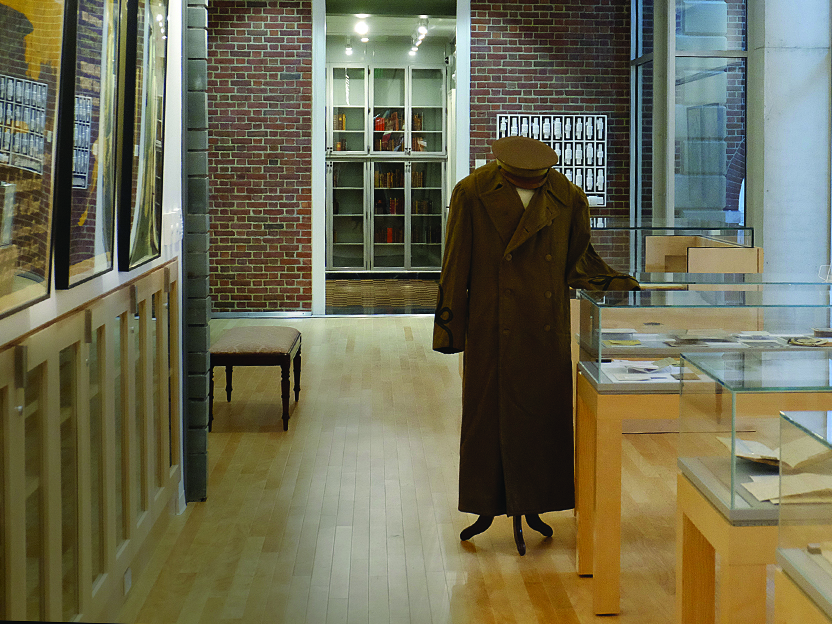 An Army great coat belonging to Charles Whittlesey, Class of 1905. 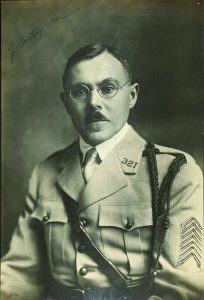 A century after the end of World War I, Williams faculty, librarians and students are taking a fresh look at the many connections between the college and the Great War.

“The First World War changed everything,” says French and comparative literature professor Brian Martin, who, with several faculty members and library staff, organized the college’s yearlong commemoration. It includes a French film festival presented last spring, a lecture series with World War I scholars in the fall and the Archives and Special Collections exhibition “The Great War at 100: Williams College and Beyond,” on view through December. Martin is also teaching one of several relevant courses this fall—Remembering the Great War: The First World War in Literature and Film. The course considers the “texts and films that bear witness to the suffering and courage of soldiers and civilians and … the legacy of the war in the 20th and 21st centuries,” according to the course description. Martin and his students are also exploring “the roles of Williams students and faculty during the First World War.”

Martin’s interest in those connections began while writing Napoleonic Friendship: Military, Fraternity, Intimacy and Sexuality in Nineteenth-Century France (University of New Hampshire Press, 2011). His research led him to the French writer Jean Norton Cru. Except for a five-year sabbatical to fight in the war, Cru taught at Williams from 1908 to 1945. “He was a vitally important historian of the First World War,” Martin says. “He fought in the trenches and later wrote, here at Williams, Témoins (Witnesses), which is on almost every serious World War I historian’s bibliography of the Great War.

“Cru was educated, but he enlisted with his fellow countrymen as a trench soldier,” Martin adds. “He survived some of the bloodiest battles of the war. While in the trenches, Cru wrote letters back to his colleagues here that were published in the Williams Record. It’s incredibly humbling to think about the sacrifice he made, and it brought the history alive for me in an entirely new way.”
Those letters are part of “The Great War at 100” exhibition along with photographs, journals and objects such as shrapnel, a first-aid kit and an Army great coat belonging to Charles Whittlesey, Class of 1905, a well-known World War I veteran. He led the 77th Division into battle in the Argonne, erroneously believing Allied troops were protecting them on either side. The battalion was surrounded by German troops and, over the course of six days until their rescue, hundreds of men died—some by friendly fire.

Though Whittlesey returned home safely to a hero’s welcome, he was deeply troubled by his memories of the war, says Sophie Wunderlich ’18, who researched his life for the exhibition. Whittlesey committed suicide in 1921.

Wunderlich, who is in Germany this year on a fellowship, says she began to identify with Whittlesey as she learned more about his life. He was active on campus and worked on the Williams Record staff. Wunderlich also raises the possibility that Whittlesey was gay—he never married, was often among men and spoke frequently about feeling out of place in society.

Says Wunderlich, “As a queer historian, researching queer people can be a way of connecting with an often hidden or unknown history, and I came to see Whittlesey as someone with a complex inner life not unlike my own.”
—Julia Munemo