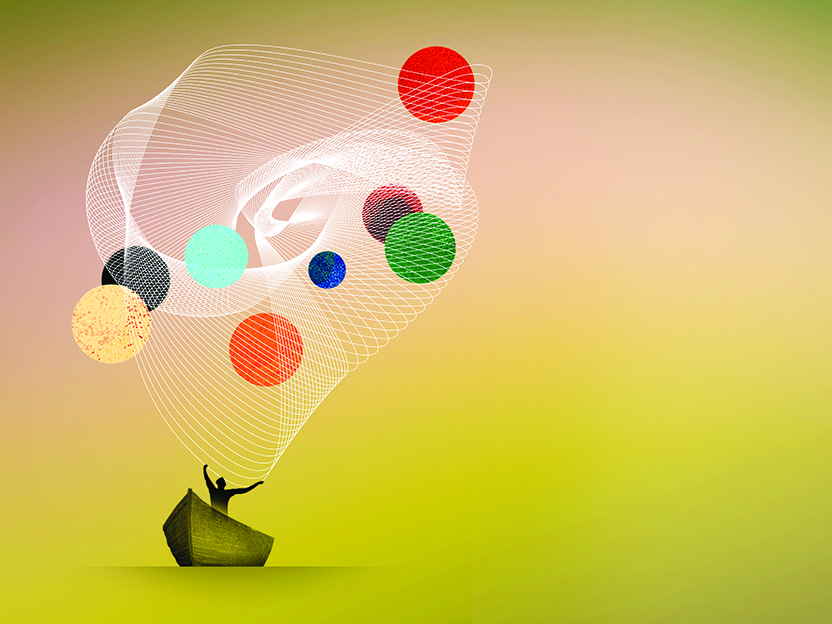 Religion Chair and Professor Jason Josephson Storm is teaching a new course this fall on social construction. At its core is a theory that has become common over the last 25 years: Categories such as race, gender and sexuality are in some sense not part of nature but instead are created and maintained socially.

“The idea of social construction has been vital to critical race theory and queer theory,” Storm writes in his description of the course, Social Construction, which meets requirements in sociology; women’s, gender and sexuality studies; comparative literature; and science and technology studies, which Storm also chairs. The course also delves into philosophy of science “to see whether these same insights apply to everything.”

Storm does mean “everything.” He explains that if we can agree that whiteness, heterosexuality and masculinity are all socially constructed, might the same be said for emotions or mental illness? What about electrons or mathematics? “It sounds silly to say that H2O is socially constructed,” he says. “But some philosophers have argued that it is.”

Storm says many of his students—18 sophomores, juniors and seniors majoring in a variety of subjects—started the course believing that any given thing is either real or socially constructed. “That is a common assumption, but it sets up a fake opposition,” he says. “As soon as we realize that things can be socially constructed and real, more interesting questions emerge, such as: What makes something real? And what are the mechanisms through which that same thing is socially constructed?”

Take money, which Storm says is perhaps the clearest example of a social construct. “And yet it’s real,” he says. “But, oddly, money might seem to be real for the same reasons we say that other things are socially constructed, namely because it is a collective fiction.” Storm wants his students to apply this idea to theories about the construction and ontology of social worlds.

To get them there, students will complete a group project at the end of the semester in which they put social construction theories into practice. “Each group will find something they want to construct or deconstruct and, in the discovery process, will use design thinking,” Storm says, referring to a series of techniques used to solve social, cultural and economic problems through creative thinking and human-centered design.

Storm, who earned a Ph.D. at Stanford University and has been teaching at Williams since 2007, says he wants his students to not merely criticize their social and political environment but also to look at ways of embodying change. “One of my critiques of postmodernism is that it provided powerful techniques for criticizing systems of power, but it was less good at figuring out what to do next. Project-based learning helps us do that kind of thinking and helps students come up with more ambitious and exciting projects that will take us in different directions.” —Julia Munemo

Jason Josephson Storm’s third book, Absolute Disruption: The Future of Theory after Postmodernism, is due out in 2020 with Chicago University Press. It explores social construction, postmodernism and the future of critical theory.