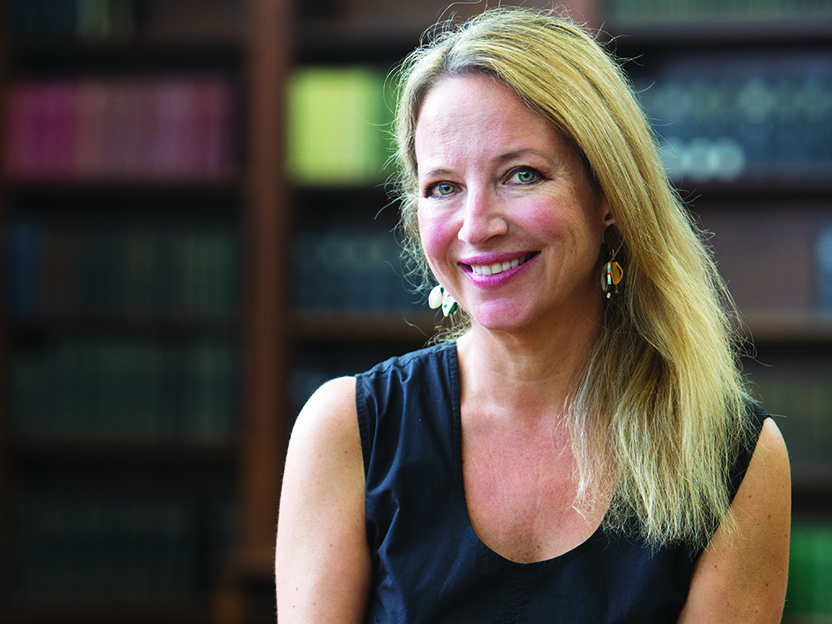 When Professor of Spanish and Comparative Literature Soledad Fox Maura advised students in a study abroad program in Spain several years ago, she was struck by how unprepared some of them seemed for the experience. “Their homesickness or a sense of disappointment and culture shock sometimes led to an inability to connect with their new surroundings,” she says.

So when she returned to Williams, Fox Maura developed Americans Abroad, a course she hoped would help fill the gaps. She now teaches it every spring. Students examine the misadventures and unexpected rewards of travel as they read the novels, short stories, letters and memoirs of writers who left the U.S. either by choice or because of their politics, gender, race or class. The course also explores how the authors’ expectations of living abroad compared to their lived experiences.

“We also study writers’ dislocation, their freedom and their struggles to reshape their concept of home,” Fox Maura says. “This resonates for students who are adjusting to new experiences and to new versions of themselves that might not be entirely what they expected.”

The ever-evolving reading list includes Edith Wharton, Langston Hughes, Ernest Hemingway, Richard Wright and—the newest addition—Suzy Hansen. Her book Notes on a Foreign Country: An American Abroad in a Post-American World was “inspired by her readings of James Baldwin,” Fox Maura says. “Hansen moves to Turkey and poses tough questions about her role as a contemporary American making forays into a country she knows nothing about.”

Many of Fox Maura’s students have studied abroad or plan to. Kevin Coakley ’20, who is participating in the Williams-Exeter Programme at Oxford (WEPO) this year, took Americans Abroad last spring and, for his final paper, researched Carl Marzani, who graduated from Williams in 1935. Marzani, a U.S. citizen, was attending Oxford when the Spanish Civil War began. He went to Spain to join the anti-Franco fight.
“Professor Fox Maura’s guidance was crucial to my understanding of an alum who studied at Exeter College, long before WEPO was established, and how he crafted his own experience abroad by following his passions and turning them to action,” Coakley says. “I’ve learned that I have to embrace the introspection inevitable to an American abroad, as have thousands of other Americans throughout our history.”

These questions are central to Fox Maura’s teaching and her research. She recently published in Spain the second edition of her biography of Constancia de la Mora, an activist during the Spanish Civil War who died in exile in Mexico. Fox Maura’s third book, Exile, Writer, Soldier, Spy, is a biography of Spanish writer and activist Jorge Semprún, who lived in France for most of his life. The biography was released in the U.S. in July after being published in France and Spain.

Fox Maura is writing “very much an Americans abroad story”—a biography of Archer Milton Huntington, who founded the Hispanic Society of America in 1904 after falling in love, as a child, with the art and literature of Spain. “This project addresses questions about the roles and responsibilities of the American in Europe,” she says. “It’s about art and provenance and what belongs to whom.” —Julia Munemo