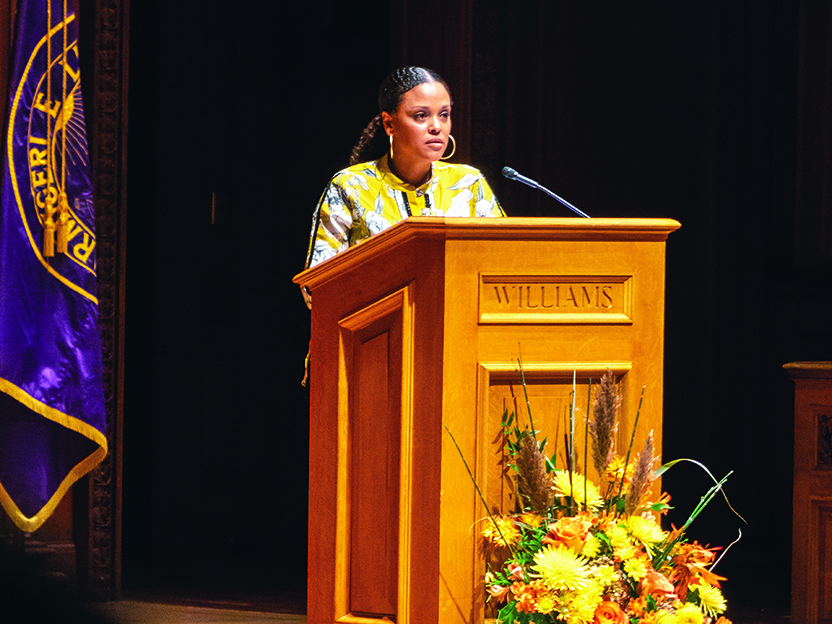 Ward told a rapt audience in Chapin Hall how she was an avid reader as a child, gravitating to stories of “girls who triumphed” while at the same time coming to realize that “the world was uneven.” Her experiences of racism, sexism, income inequality and injustice inform her fiction, she said, and, because of her “narrative ruthlessness,” her characters face both horrors and hope. “I have to believe that speaking will bring change, or else I’ll be silenced,” Ward said.

Her talk was just one event in a year’s worth of programming around the book. Williams Reads fosters connections among members of the campus community by exploring diversity through a common reading experience. Learn more at sites.williams.edu/williams-reads.