Beyond the Museum Walls 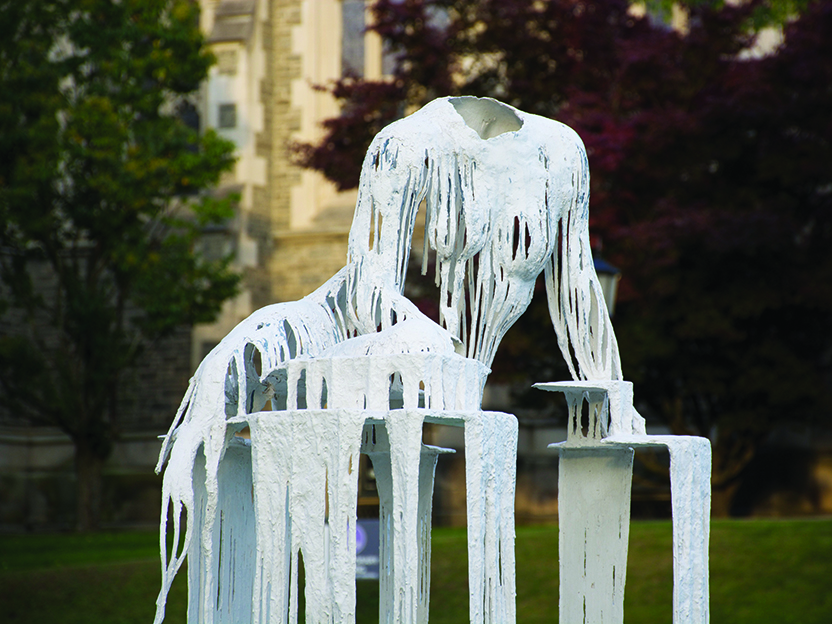 Delirious Matter, a temporary public art project by Diana Al-Hadid, will be on view through March 24 at sites across the Williams campus.

The four architecturally scaled sculptures were commissioned by Madison Square Park Conservancy in New York City and combine aluminum, steel, fiberglass, concrete, polymer modified gypsum and pigment. Al-Hadid’s work draws on a range of literary, art historical, social and cultural references and plays off historical representations of women in old master paintings. She discussed her work during a campus visit in the fall.

The project joins other outdoor sculptures on campus, including those by Louise Bourgeois, Ursula von Rydingsvard, Jenny Holzer and George Rickey. Delirious Matter, organized by the Williams College Museum of Art, is made possible by Seton Melvin ’82 and the Williams College Public Art Fund, established by the Class of ’61.

Says Pamela Franks, the Class of ’56 Director of WCMA, “We are excited to bring Diana’s sculptures to campus and to introduce her work to the wider community. This project will allow students in particular the opportunity to encounter art during the course of their daily routines, beyond museum walls.”