The portraits are at once intimate and imposing; some stand 25 feet tall. In the spring, they appeared throughout New Haven, Conn.—50 photographs of immigrants and refugees from all over the world who now call the city home. Mounted on framed stands in New Haven Green, draped from the sides of buildings and hung inside lobbies, the images confronted viewers with questions about the very fabric of America. 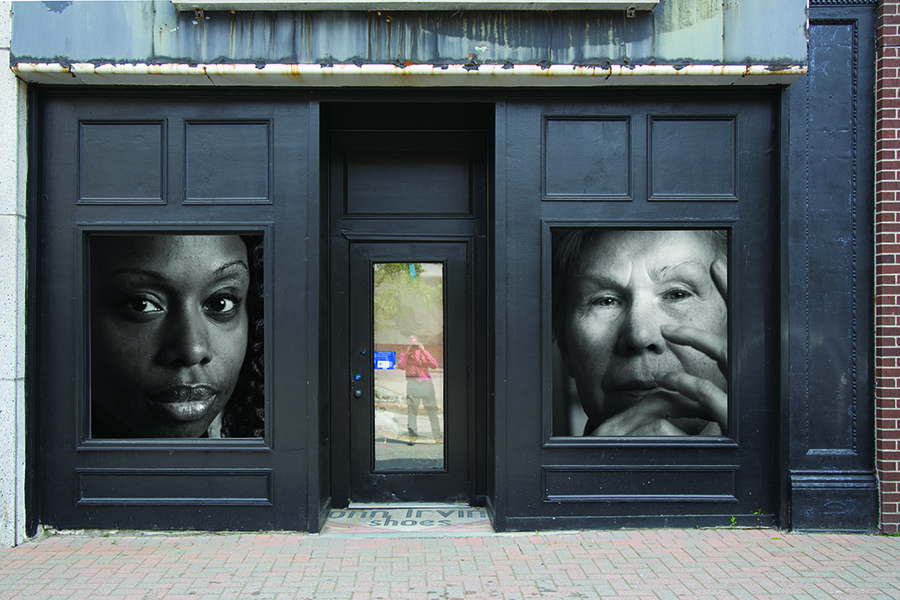 The portraits are part of WE ARE: A Nation of Immigrants, the latest in a series of public art installations by Joe Standart ’73 under the umbrella project Portrait of America. A self-taught photographer, Standart spent 25 years in commercial advertising, traveling the globe for shoots. Struck by the poverty he witnessed, he says he “began to feel that most Americans don’t really understand the freedom and opportunities we have.” The experience inspired 2006’s Portrait of a City: New London, Conn., in which he made studio portraits of parking attendants, homeless people, newspaper publishers and gallery workers. Portrait of a City: Hartford followed in 2010. In New Haven, a so-called “sanctuary city,” he focused exclusively on immigrants and refugees, some of whose portraits and stories appear on the pages that follow.Standart says he hopes to expand WE ARE: A Nation of Immigrants to other cities across the U.S., adding: “I see my role as reminding the rest of us of the roots of our country.” 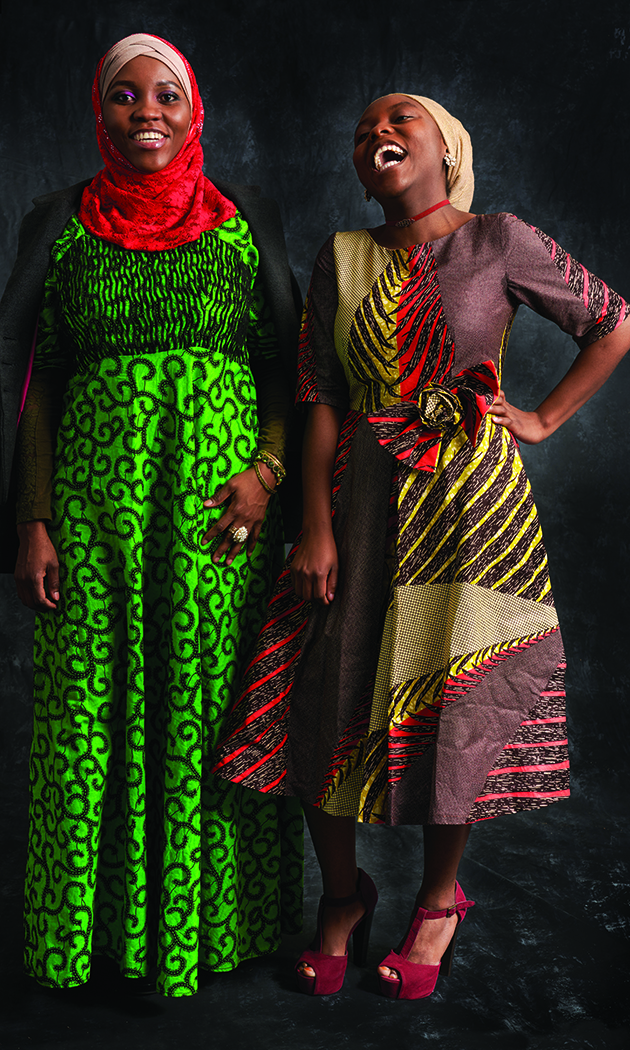 Sisters Rukiya (left) and Gladys left the war-torn Democratic Republic of the Congo, finding sanctuary first in Burundi, where their father worked for Doctors Without Borders, and then in the U.S. in 2013. Says Rukiya, a certified nursing assistant and student, “Coming to the U.S., I was happy to have a home and food on the table. … I am looking forward to the future.” Gladys, a college student, says, “Being a refugee in someone else’s country is never easy because you never know who likes you and who doesn’t. … I believe that a home is the place we lose the most as refugees and immigrants.” 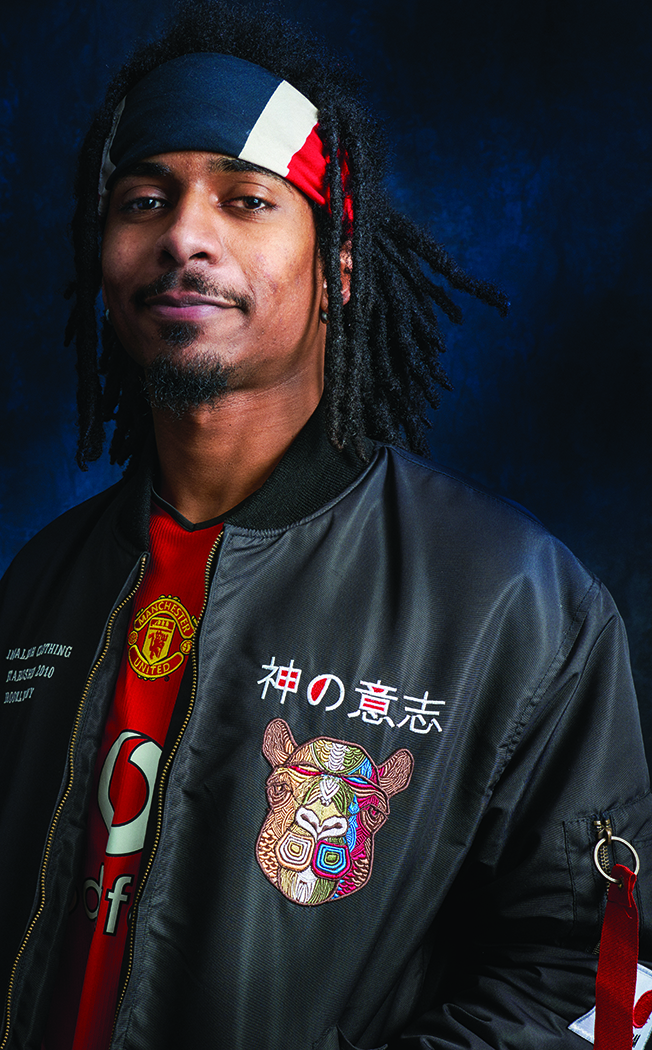 Stephen was 11 when he left Trinidad for the U.S. to live with his mother and sister in New Haven. “I am here to help to build this community,” he says. “I have my eyes set on getting my degree in computer engineering, becoming one of the best soccer players to ever grace the field as well as becoming one of the best managers in the history of the sport. … I dream of creating my own charity foundation that helps all children. My hope for the charity is to have food trucks travel through communities serving breakfast, lunch and dinner for those in need.” 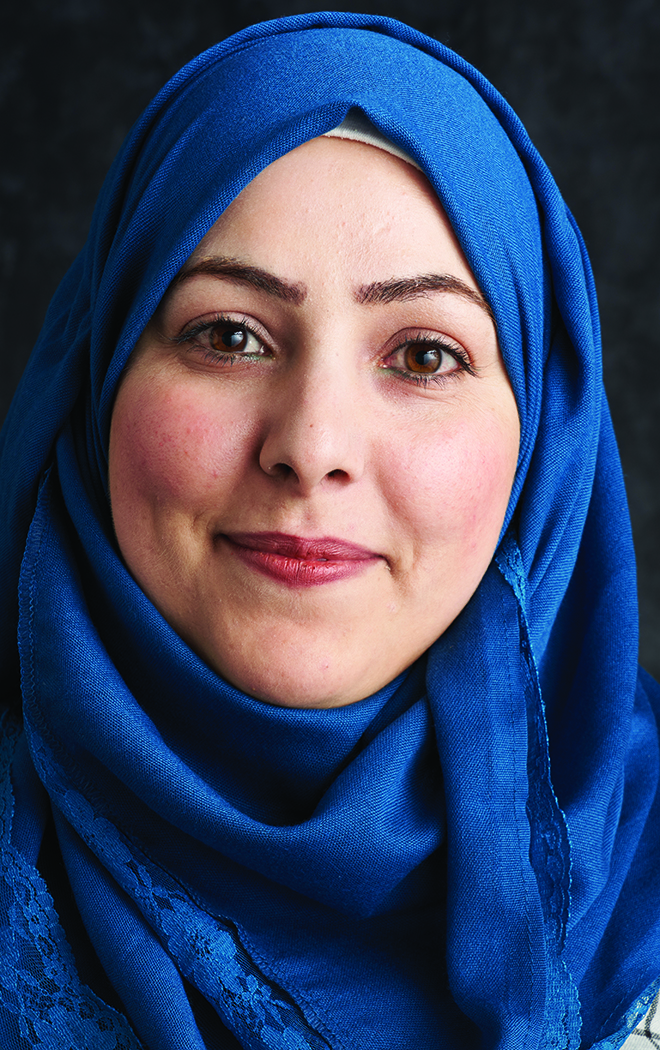 Aminah learned to cook from her brother, who is a chef in Saudi Arabia. She and her family left Syria after her husband was assaulted while serving time in jail. “His back was hurt, but he couldn’t get surgery until we came to the United States,” she says. “He is recovering right now, so he cannot work just yet.” To pay their rent and other household expenses, Aminah is now a chef and caterer. “Many people in this country like Arabic food,” she says. “I like this country. My family is safe, and my children are learning in school.” 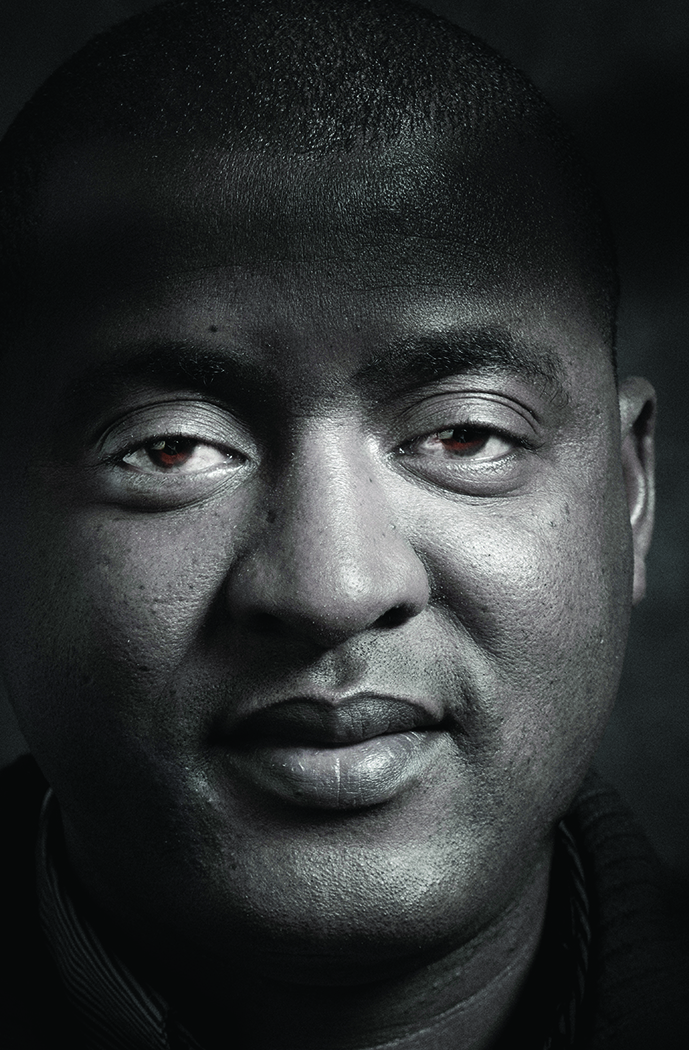 Sarafadeen studied mathematics in Nigeria and came to New Haven via the Diversity Immigrant Visa Program to find better work opportunities. He now has a job at a parking garage and drives for a ride-booking service. “I’m happy,” he says. “That’s why I am applying for my family to come here.” 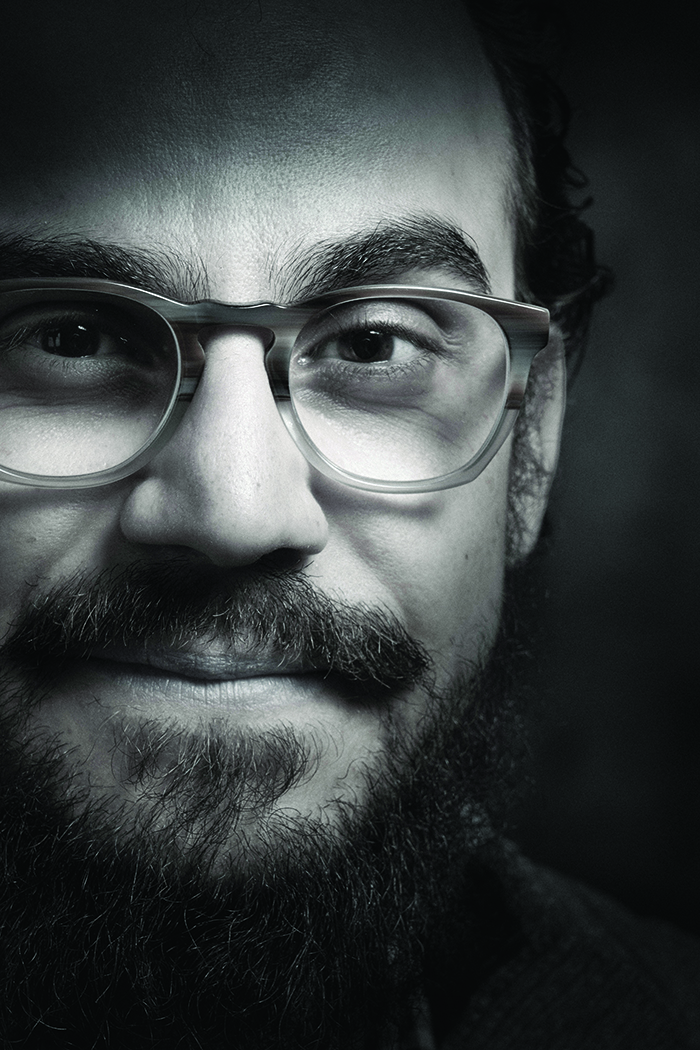 Mohamad obtained his degree in the U.S. in the ’90s and is “an architect by day and Syrian artist by night.” New Haven is “where peace and tranquility are, this is where my career is, and this is where I am involved in my community,” he says. “But I remain Syrian and a Muslim by birth. … Both cultures factor into making me who I am.”

Jyothish had a software job in India when his father was diagnosed with cancer. “I was not from an economically well-off background,” he says. So in 2000 he left behind his pregnant wife and took a job in the U.S. to pay for his father’s successful treatment. Jyothish’s wife and son later joined him, and “we settled into our lives and became citizens,” he says. “I also fulfilled my dream of doing my M.B.A. here at NYU.” 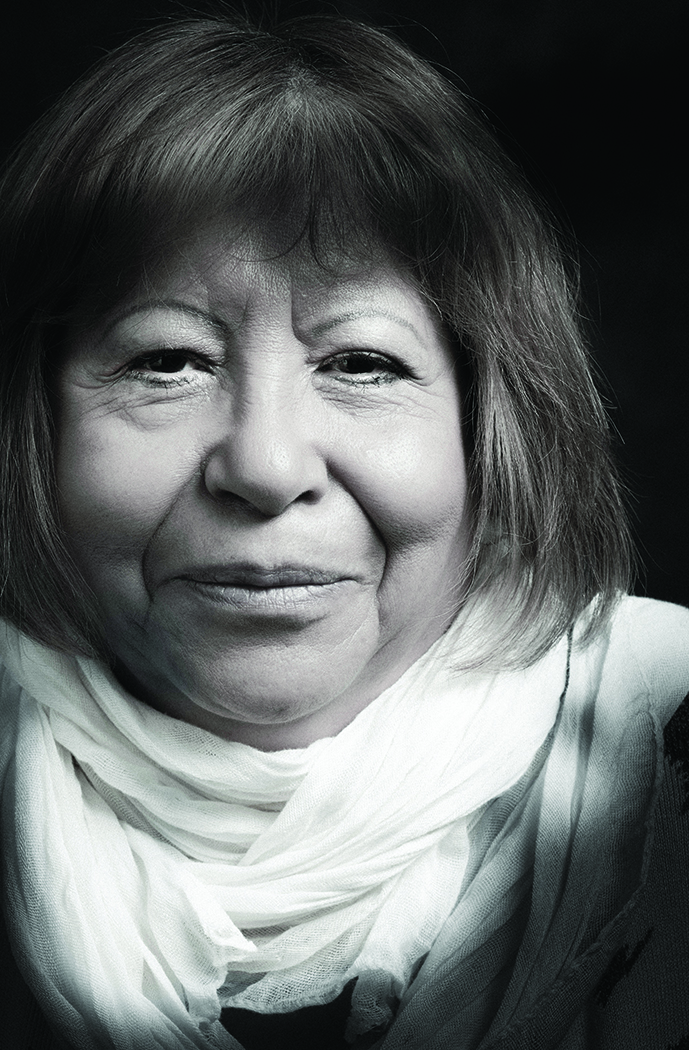 Guadalupe came to the U.S. in 2001, “when the value of the dollar dropped and I was no longer able to maintain my business in Mexico City. I was seeking better opportunities for my young son.” She is now director of a day-care center, and her son, who studied computer engineering in college, is “an advocate fighting for the rights of Dreamers in New York.” 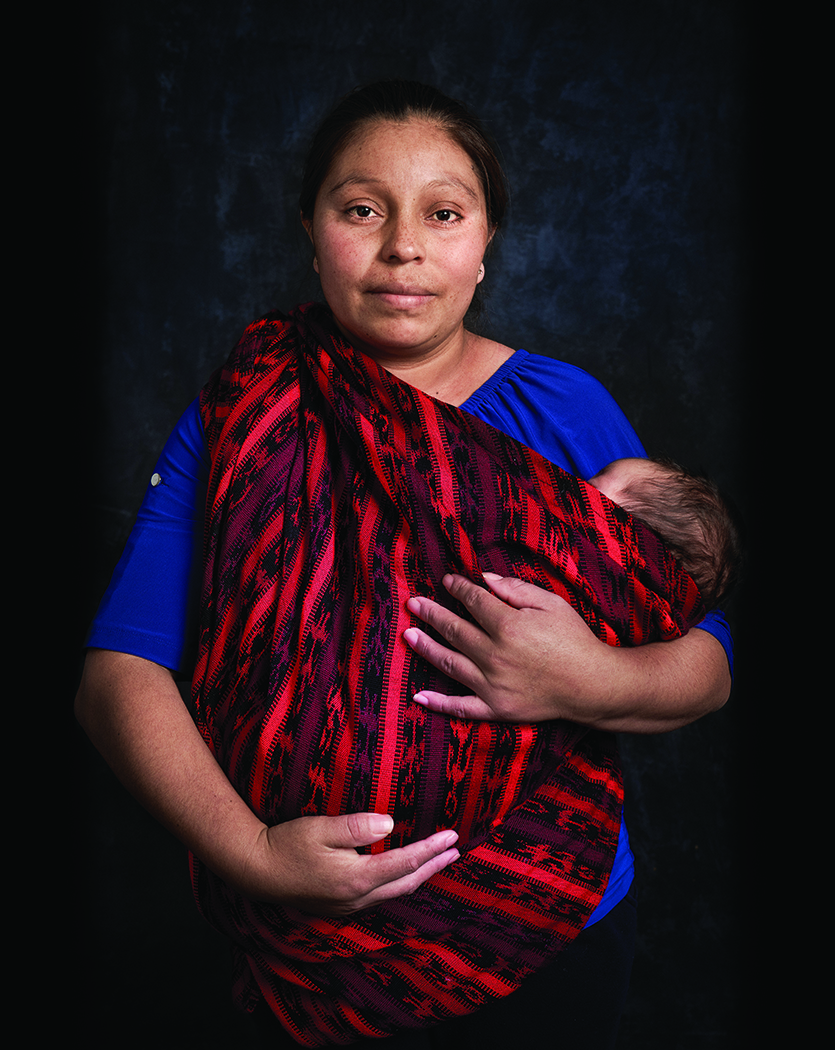 Paulina left Guatemala with her 9-year-old son in 2014 when her neighborhood erupted in violence—“gun fights, houses set on fire,” she says. It took three weeks to travel to the U.S. by bus and on the “Train of the Beast,” so named “because you ride on the top of the train, not inside, and sometimes people fall off because it is traveling at such a high speed.” Now a nursery worker, “I live a good life with my son,” she says. “I can go on with my life. I am not afraid.”