Docs: Under the Influence?

A new study co-authored by economics professor Matthew Chao and published in the Journal of the American Medical Association in May links doctors’ decisions to prescribe certain drugs to their interactions with pharmaceutical sales representatives, including the promotional gifts and free meals that reps provide to doctors. 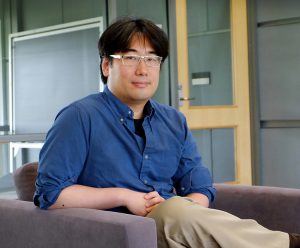 Chao, a behavioral economist who blends insights from psychology into economic models to understand complex decision-making processes, made an early contribution to the study as a staff researcher at the Harvard Business School from 2009-2010. He and his co-authors devised the empirical strategy and collected data about policies that restricted pharmaceutical companies’ freedom to market to doctors at academic medical centers.

The data were later pooled with that of a group led by researchers at Carnegie Mellon and CVS Caremark, revealing that prescriptions of marketed drugs dropped by 1.67 percentage points in the months following the implementation of policies that restricted marketing.

“One possible interpretation is that doctors feel compelled to reciprocate to these friendly, gift-laden visits from sales reps,” Chao says.

Chao, who has been at Williams since 2015, is continuing his research into conflicts of interest in the medical field, using new data to further investigate the psychological reasons behind why doctors are influenced by marketing activities.

“It’s possible that doctors aren’t making deliberate decisions to reciprocate,” says Chao. “The marketing influence could come in when there is no obvious choice in which drug to prescribe.”

Ken Kuttner, chair of Williams’ economics department and the Robert F. White Class of 1952 Professor of Economics, says Chao’s work “breaks new ground in the way it brings behavioral economics to bear on doctors’ decision-making. This research could have a significant impact on the day-to-day practice of medicine in this country.”