Amy Podmore, professor of art, and Deb Brothers, costume director and lecturer in theater, taught a new course in the spring: The Sculptural Costume and Its Performance Potential. Students studied visual artists such as Nick Cave and Hélio Oiticica and learned how wearable art is central to Bauhaus dance, Carnival and Dada performance. They also crafted their own costumes (photos 2, 3) and performed in their creations in May at the ’62 Center’s CenterStage (photos 4, 5) and within Cave’s exhibition Until at MASS MoCA (photo 1). 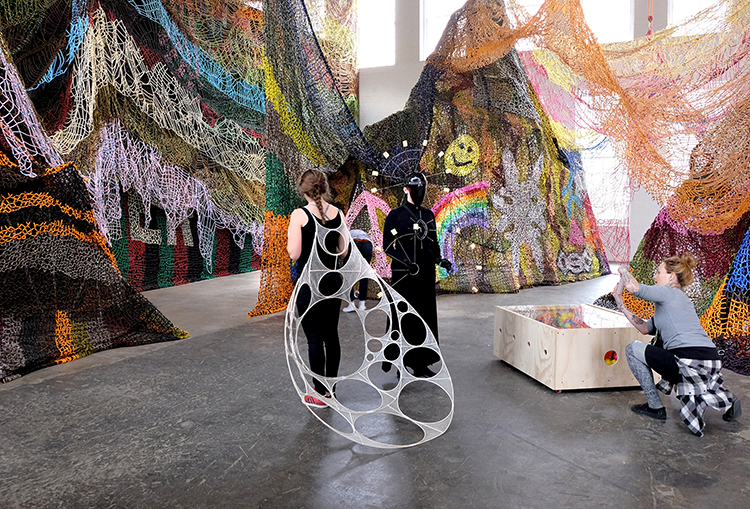 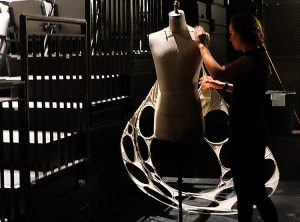 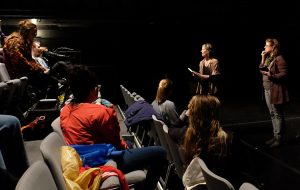 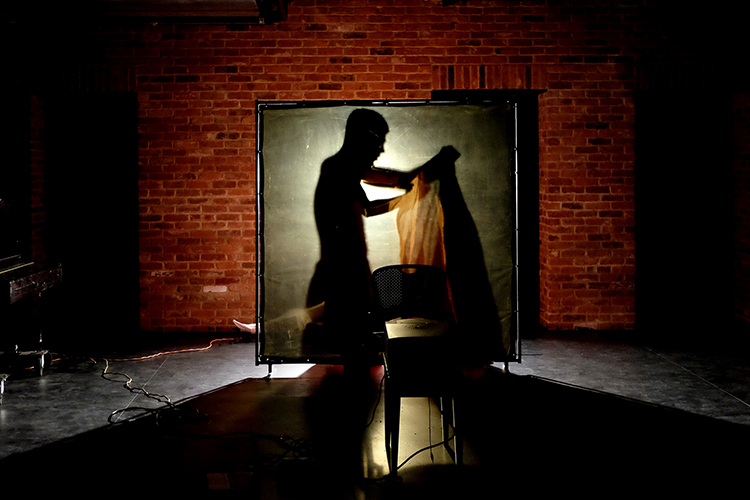