Six months after graduation, most members of the Class of 2016 report that they’re employed full time or in graduate school and they’re happy with what they’re doing—and they say Williams helped them get there, according to the Career Center’s first-ever First Destinations Survey. “This speaks directly to the hireability of the Williams liberal arts graduate,” says Don Kjelleren, Career Center director. As of January 2017: 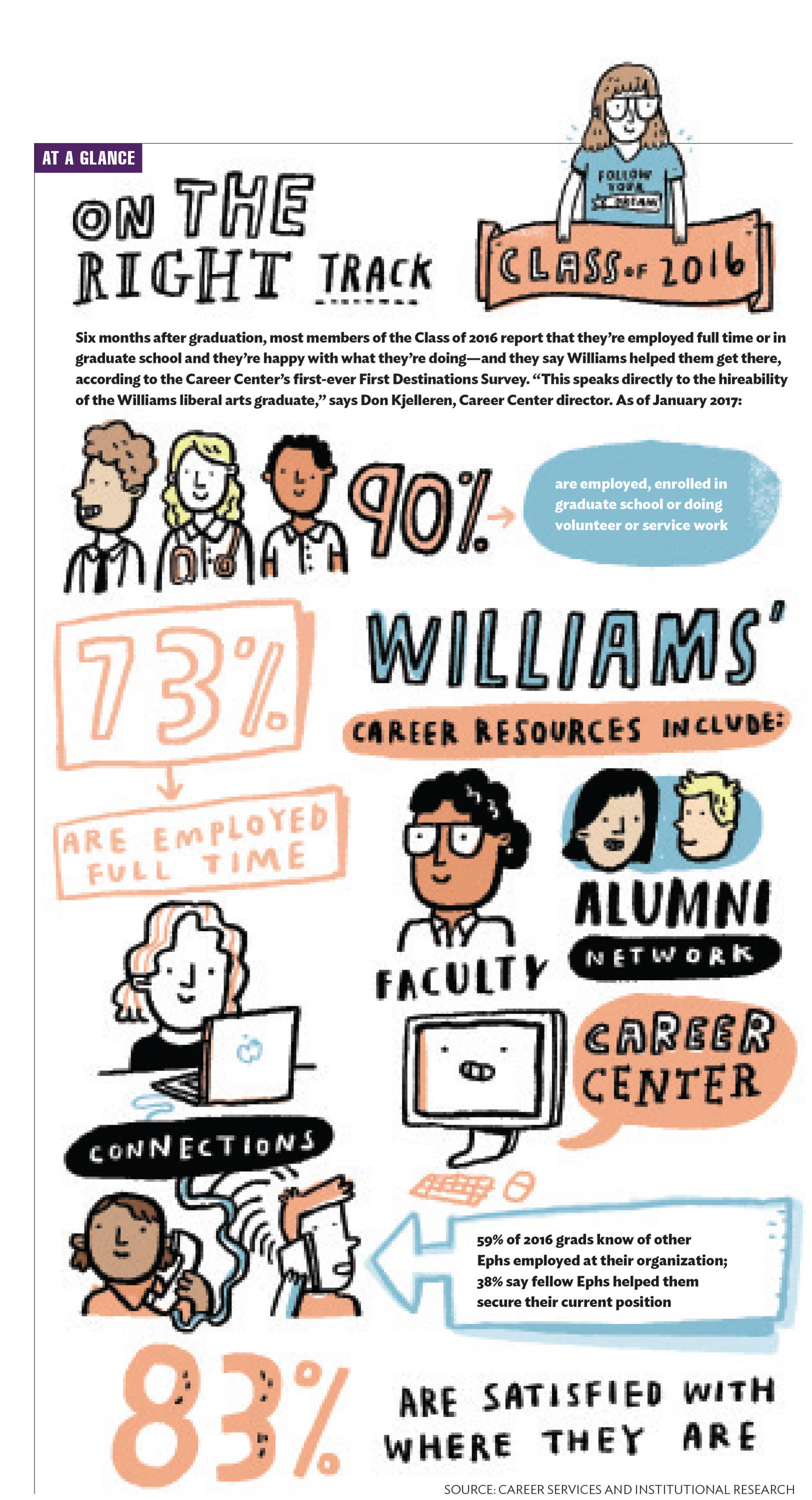