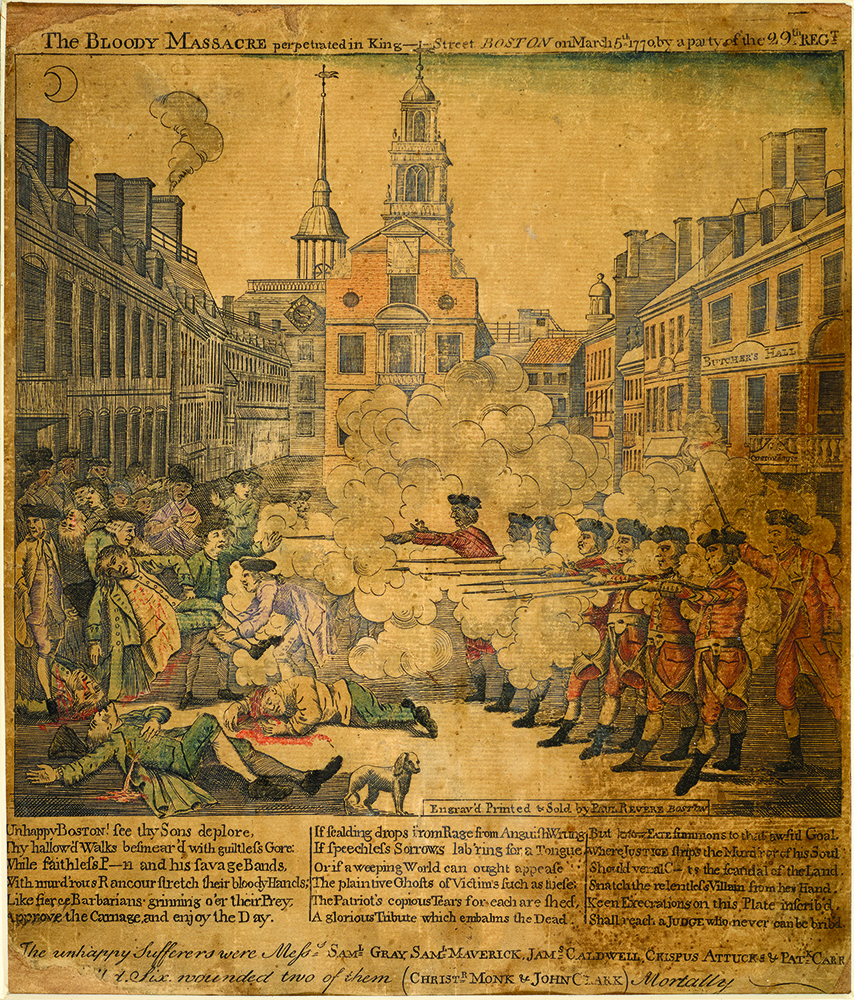 An engraving by Paul Revere depicts British troops firing upon Americans in front of the Customs House in Boston on March 5, 1770.

Two of John Chandler’s achievements, the creation of Winter Study and, as Williams’ president, the partnership with Exeter College at the University of Oxford, came together this past January when six students from Exeter College joined seven from Williams in the Winter Study course Eyewitnesses to History: American Treasures in the Chapin Library. This was the first time Oxford students were able to experience what the college has to offer, just as Williams juniors have long enjoyed the benefits of one of Britain’s great institutions of higher education. Although the Oxford students were on campus for only half of January, during a vacation between terms, they made the most of their time at Williams and set a high bar for energetic research.

The Eyewitnesses to History class delved into a collection of American materials begun by Alfred C. Chapin, Williams Class of 1869, and developed through the generosity of other alumni and friends. Guided by Charles Dew, the Ephraim Williams Professor of American History, Lori DuBois, reference and instruction librarian, and Wayne Hammond, Chapin librarian, the students researched items including a 1493 report Christopher Columbus made to the Spanish court, letters written in 1904 by presidential candidate Theodore Roosevelt and (above) an engraving by Paul Revere of a “massacre” in front of the Customs House in Boston in which British troops fired into a crowd of rock-wielding Americans, killing five and injuring six. The students made presentations with the objects, wrote papers and put together a display that ran through Feb. 10 in the Special Collections Instruction Gallery in Sawyer Library. —Wayne G. Hammond