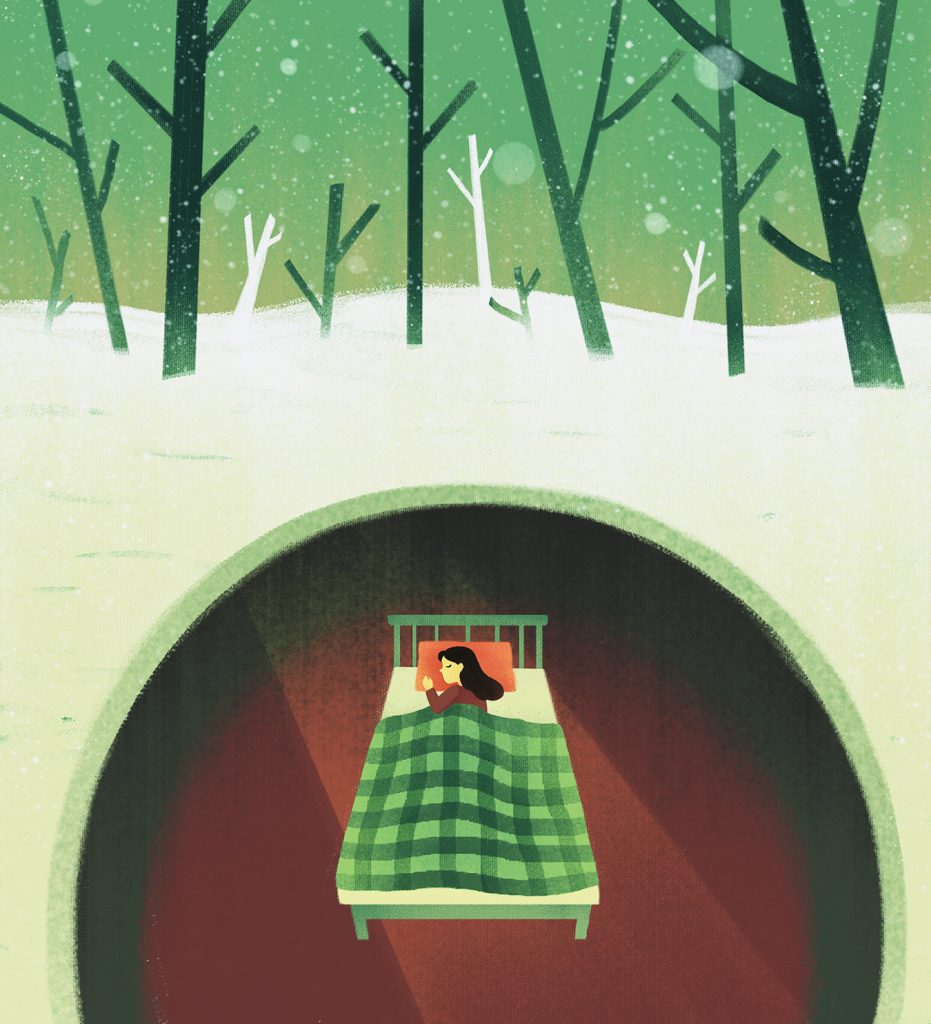 Medically induced hypothermia, also known as targeted temperature management, is becoming standard care to treat patients suffering from cardiac arrest, and it’s currently in clinical trials for stroke treatment. Cooling the body in this way reduces brain damage associated with cardiac arrest, perhaps by slowing metabolic demand of the brain. Currently, hypothermia in a clinical setting is induced while a patient is unconscious. But biology professor Steven Swoap thinks there may be a better way to evoke a cooling response—by learning lessons from the natural world with animals that cool using torpor, commonly known as hibernation. With the help of Williams students and a three-year National Institutes of Health grant, he’s working to understand the links between torpor and the dive response, which prompts a physiological response similar to hypothermia.

WILLIAMS MAGAZINE: What is the dive response?

STEVEN SWOAP: When humans dive under water, our heart rate, blood pressure—even our desire to breathe—drop quickly and drastically.

WILLIAMS: How does the dive response help you understand torpor?

SWOAP: If we can figure out all the pathways activated during the dive response in mice, and if they turn out to be the same as those activated during torpor—which we’re also studying—we might find a way to activate those same pathways in humans. This could ultimately lead to finding a way to trigger human hibernation, which means it’s possible we could use torpor rather than forced hypothermia to slow everything down in a medical emergency. Using forced hypothermia to stop a heart attack is like severing the pipes in a house when you want to cool it down. It’s a blunt tool, and I think mimicking a natural bout of torpor could be more effective.

WILLIAMS: What surprised you in this research?

SWOAP: I didn’t know how important blood glucose levels are in torpor. I’d imagined blood sugar would start out high and go down slowly, maybe over the course of a winter for a hibernating animal like a bear. But it turns out that’s false. Blood sugar drops like a rock as soon as the heart rate and body temperature go down. It comes back up just as quickly, possibly triggering a hibernating animal to come out of torpor. So my students and I are now working to understand the role of blood glucose in torpor.

SWOAP: This may sound funny, but if we really want to send people to Mars, human hibernation will be a part of space travel because of how long it takes to travel there. This is hundreds of years from now, and there’s a lot that needs to be figured out, but one of those things is human hibernation.