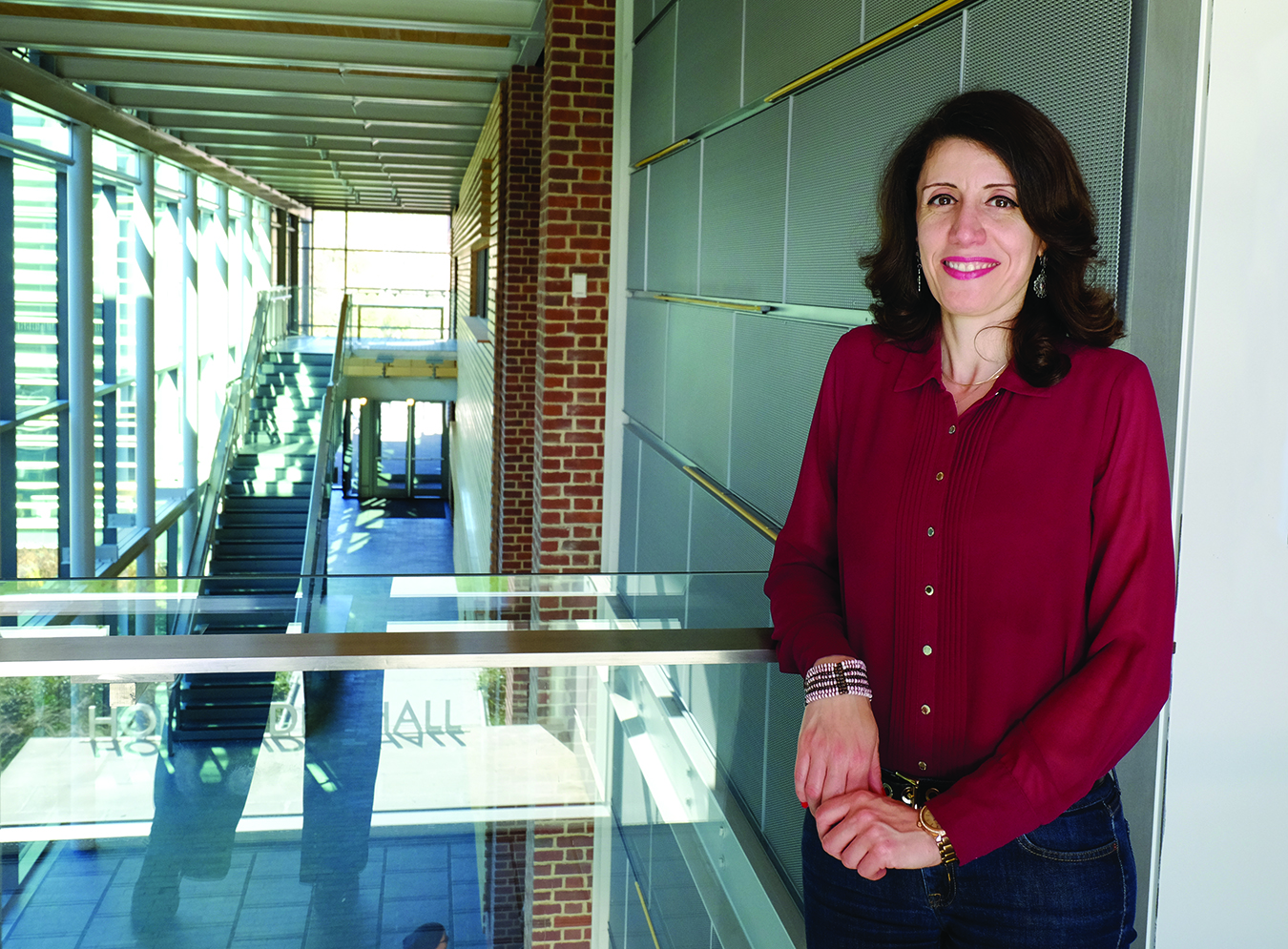 How and why do languages change over time? How can language choices reflect a person’s identity? And how do the words we speak intersect with and communicate power relationships among and between individuals in a society? These are some of the questions assistant professor Lama Nassif and her students are exploring this semester in a new course, Language and Society.

“Sociolinguistic competency is an essential aspect of our language use,” says Nassif, who joined the Williams faculty in 2016 and teaches Arabic language and courses on linguistics. “We must be able to use language appropriately, to judge the context in order to know what is acceptable to say in any given situation.”

In her new course, students are examining whether language varies according to gender, how language varieties form and what determines a language’s status within a speech community. These questions tie back to Nassif’s research into second language acquisition and the pedagogical underpinnings of teaching Arabic as a foreign language.

Nassif, who earned a Ph.D. in foreign language education at the University of Texas at Austin, studies how students of Arabic acquire the language. “I’m interested in cognitive approaches to second language acquisition, and so I study a process called ‘noticing,’” she says. “Noticing is the conscious registration of certain occurrences in a language. I want to know which occurrences of language input—what the students hear and read—are noticed and what variables influence learners’ noticing.”

This approach to understanding second language acquisition influences Nassif’s opinion in what she describes as a “heated debate” about how to teach Arabic. Many Arabic language programs teach exclusively Modern Standard Arabic—the language of newspapers and textbooks—but not what one hears on the streets or in the homes of native Arabic speakers. “When students learn only Modern Standard Arabic and then travel to an Arabic-speaking country, they sound like they’re speaking Shakespeare” in a modern English speaking country, Nassif says.

Nassif, who grew up in Syria and came to the U.S. as a Fulbright Scholar and later for graduate school, believes that the answer is what’s called the integrative approach to language learning. This is when students are taught both Modern Standard Arabic and one colloquial variety simultaneously.

The approach, which considers the sociological aspects of language learning, ties in with Nassif’s research. “In my data analysis, I drew on the simultaneous integration of Modern Standard Arabic and colloquial Arabic,” she says. “I considered what patterns second language learners show as they are learning the two varieties, and I made comparisons with native speakers, asking if they show similar patterns.” She found that they did. “You would be surprised at how comprehensible it is. It’s systematic, and language learners show awareness of register.”

That awareness will lead in time to those students properly navigating sociolinguistic situations, switching register as appropriate, which is applicable across any language setting, says Nassif’s student Joana Fernandez ’20. “This class has made me more conscious about attitudes toward different languages, accents, dialects and varieties,” she says. “I used to be quick to make assumptions about people based on how they spoke. Now, I question why they use such varieties and even reflect on the way I speak. Why do I speak differently to different people?”

Questions like this are percolating across campus this semester. Anthropology professor Joel Lee is teaching a course called Language and Power, which poses questions about how we create community by the way we talk, what role speech plays in the accumulation of cultural capital, and how racism and colonialism have been sustained by language practices. Both classes, which meet at the same time, are fully enrolled.

“There is a lot of interest in linguistics on campus, in part because of the current political situation,” says Nassif. “When we start to question policies about bilingual education or English-only laws, we start to ask what a multilingual community really means. I thought that this would be a timely course for our students.”