The Glory and the Honor 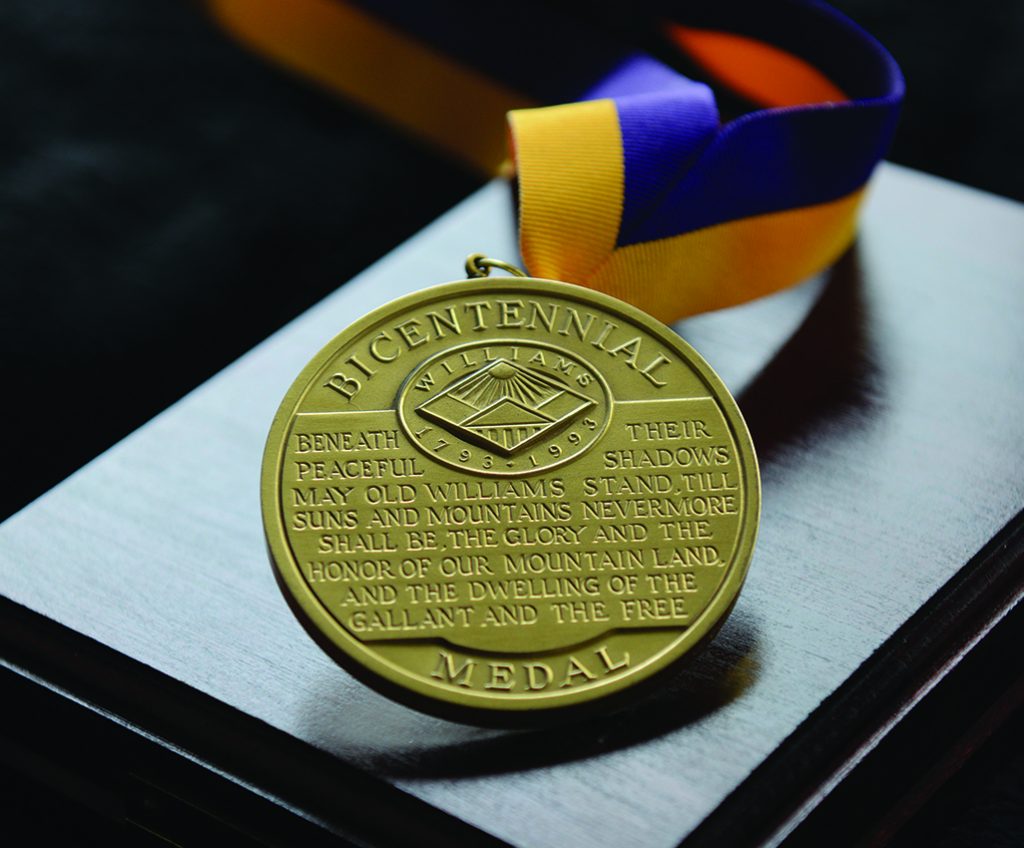 For full coverage of this year’s Convocation and Bicentennial Medals ceremonies, visit http://bit.ly/wmsconvocation17.

What do an architect and urban planner, a pioneer in higher education access, a slam poet and an endocrinologist focused on gender identity in children have in common*? They are among the 161 Williams alumni to receive Bicentennial Medals for distinguished achievement since 1993. Founded on the college’s 200th birthday, Bicentennial Medals were inspired by the Kennedy Center Honors program. That first year, 23 medals were given out at several Williams events. The ceremony later moved to Convocation in September so that students could take part, with one of the medalists delivering the Convocation address.

This year’s speaker was Wendy Young ’83, president of Kids in Need of Defense. Other medalists were Ira Mickenberg ’72, founder and director of the National Defender Training Project, Richard Besser ’81, CEO of the Robert Wood Johnson Foundation, Adam Schlesinger ’89, award-winning songwriter and producer and co-founder of the band Fountains of Wayne, and Mary Dana Hinton ’92, president of the College of Saint Benedict. Recipients were given medals etched with their names on one side and, on the other, Williams’ bicentennial seal and a verse from the alma mater song “The Mountains.” The Bicentennial Medals program will celebrate its 25th year in September 2018.