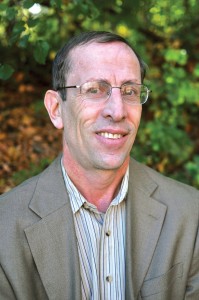 For Alan Hirsch, a trained attorney who teaches law, moonlights as an expert witness on interrogations and false confessions and became an art historian in midlife, the mystery surrounding the 1961 theft of Francisco Goya’s Portrait of the Duke of Wellington from London’s National Gallery seemed almost made to order.

Hirsch, a lecturer in humanities, chair of justice and law studies, and author of The Duke of Wellington, Kidnapped!: The Incredible True Story of the Art Heist that Shocked a Nation (Counterpoint, 2016), says the book—his fourth—“checks quite a few boxes where my background and interests are concerned.” The book, which starts with the painting’s disappearance and evolves into a legal drama centered on a false confession, also happens to solve the crime.

Sparked by a conversation with art crime writer Noah Charney, Hirsch’s investigation took him to London, where he interviewed participants in the case and reviewed transcripts of the trial of Kempton Bunton, the man who originally confessed. After Hirsch and Charney coauthored articles questioning Bunton’s guilt, Hirsch received an email from someone who claimed he knew the real thief. In a coffee shop in New York’s Penn Station, Hirsch met with a secretive intermediary he wryly nicknamed “Deep Throat.”

“There was a time when I knew the identity of the actual culprit but could not, for various reasons, name him in the book,” Hirsch says. The event that changed this circumstance is the near-final piece in an elegant puzzle that lays to rest a decades-old mystery, corrects the historical record and transcends the “true crime” genre.

“Human folly plays an important role,” Hirsch says, “but there’s something redeeming that peeks through, some display of greatness or at least goodness. … The British justice system doesn’t come off well, but an improbable hero emerges.”

On July 19, 1965, at roughly 8 p.m., a large bespectacled man with a round face and a gray crew cut, appearing to be roughly sixty years of age, showed up at the visitor’s room on the ground floor at Back Hall, New Scotland Yard. The man, who wore a gray suit and top hat, claimed to have information about the Goya stolen from the National Gallery four years earlier and returned two months earlier. 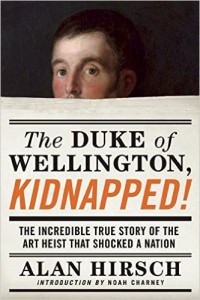 Summoned to deal with the visitor, Detective Sergeant Frank Andrews said to him, “I understand you have information to give police respecting the theft of the Goya portrait from the National Gallery in London.”

“You don’t have to look any further, I am the man who took it,” the man calmly replied.

“Can you give me some more information which will enable me to decide that what you are saying is the truth?” Andrews asked.

“Tell me first how you came to take the picture,” Andrews said.

“I am not saying anything more. Is the reward of £5,000 still available if I’m turned in by someone?”

Andrews said he did not know and again asked the man how he took the picture. The man again declined to respond but pulled from his pocket a small writing pad and said, “This is the actual pad I wrote the ransom notes on.”

Andrews … gave the man a piece of paper and requested that he “write me some words on this piece of paper in the same manner in which you wrote the ransom notes.” The man removed a pencil from his pocket and wrote, “I have decided to turn myself in as I have reason to believe that somebody else is about to do so.”