A Path to Medical Ethics 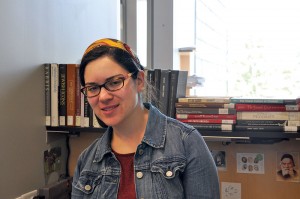 When Ranana L. Dine ’16 arrives at the University of Cambridge in the fall to study Christian theology and the history and philosophy of science, she’ll continue an academic path that began in her first year at Williams.

For the spring semester course American Medical History, Dine wrote a paper about abortion rights in colonial New England. In her paper, she dispels the myth that religiosity has historically meant a negative view of abortion.

“Abortion was not just legal—it was a safe, condoned and practiced procedure in colonial America and common enough to appear in the legal and medical records of the period,” she writes. “Official abortion laws did not appear on the books in the United States until 1821, and abortion before quickening [when movement of the fetus can be felt] did not become illegal until the 1860s. If a woman living in New England in the 17th or 18th century wanted an abortion, no legal, social or religious force would have stopped her.” 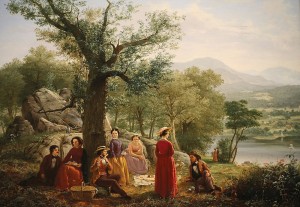 A version of Dine’s paper was published online the summer after her freshman year by the Center for American Progress, a progressive think tank where she was a research intern. At the urging of Julie Pedroni, Williams lecturer in philosophy, Dine submitted the paper to the Association for Practical and Professional Ethics, which awarded the work a prestigious undergraduate writing award. She presented a poster of her paper at the association’s annual conference this past February.

A double major in religion and art history and practice who won a Herchel Smith Fellowship to attend Cambridge, Dine wrote her senior thesis on portraits of American rabbis and did another research project on abortion. She says she plans to continue studying medical ethics in graduate school, adding, “I had no idea my first year at Williams that this would become a theme for my entire academic career.”

Read Dine’s paper, published by the Center for American Progress, at http://bit.ly/DinePaper