Photos by Deborah Brothers (left) and David Dashiell (right)                         A spring semester production of the play Waxworks, about the early life of wax sculptor Marie Tussaud, presented an opportunity for students taking Costume Design to learn the art of “life casting.” The play

A Path to Medical Ethics 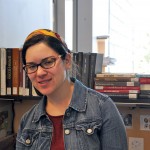 Photo by Sarah Stone ’18 When Ranana L. Dine ’16 arrives at the University of Cambridge in the fall to study Christian theology and the history and philosophy of science, she’ll continue an academic path that began in her first year at Williams. For the spring semester course American Medical History, Dine wrote a paper

Behind the Supreme Court Standoff

The stalemate between the U.S. Senate and President Barack Obama over the Supreme Court nomination of Merrick Garland is without precedent. And while the standoff dominated the news cycle in March, there’s much more to the story, says Justin Crowe ’03, associate professor of political science and author of Building the Judiciary: Law, Courts and 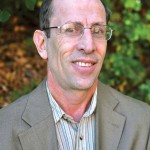 Photo by Melissa Brink For Alan Hirsch, a trained attorney who teaches law, moonlights as an expert witness on interrogations and false confessions and became an art historian in midlife, the mystery surrounding the 1961 theft of Francisco Goya’s Portrait of the Duke of Wellington from London’s National Gallery seemed almost made to order. Hirsch, 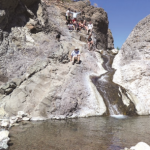 Spending two weeks in Baja California Sur, Mexico, brought into focus many of the things Christina Seeger ’16 was learning about in a spring semester tutorial on coastal ecosystems. “I stood on a cliff and looked down at the island we’d spent the day exploring, and suddenly I could see everything we learned about so 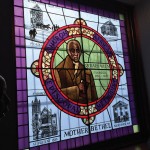 Marissa L. Shapiro ’18 felt a swelling in her heart as she listened to a sermon at the Mother Bethel African Methodist Episcopal (AME) Church in Philadelphia, Pa. Though she’d read sermons and studied religion from an academic perspective, this experience was different. “It didn’t matter that it wasn’t my religious tradition,” says the history

What Can We Learn From Fly Brains?

Humans may not have much in common with fruit flies. But there’s one important similarity: Both have nervous systems that respond to dopamine, a neurotransmitter present in the brain that helps to regulate movement and emotion. Assistant biology professor Tim Lebestky has been studying dopamine in Drosophila melanogaster, the fruit fly, since he was a