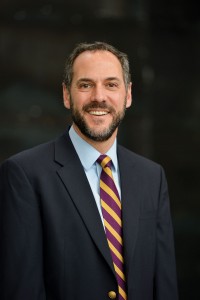 If you’ve picked up a newspaper or read your Facebook feed recently, you’ve probably seen colleges maligned for being politically correct and for not preparing students for “the real world,” instead bending to pressures to create safe spaces, erase difficult history and shield students from opinions and perspectives that might offend them.

But as Davis Center Director Ferentz Lafargue wrote in these pages (“Welcome to the ‘Real’ World,” spring 2016), such criticisms are gross oversimplifications and distortions—caricatures—of what’s actually going on. This is an incredibly interesting time to be on a college campus. There’s no place I’d rather be, and I’m proud and inspired by the work our students are doing, as individuals and as a community, to push for necessary change and greater understanding at Williams and in the world. A crucial element of our role as teachers is helping them learn to do that important work effectively.

A recent case in point: our campus’ consideration of a mural in the Black Room of the newly renovated Log. The mural depicts Col. Ephraim Williams and Mohawk leader Theyanoguin preparing for the “Bloody Morning Scout,” which, later that day, would cost them their lives. In the fall I asked that the mural, the subject of growing debate within our community, be covered temporarily to allow the conversation to proceed as thoughtfully as possible. The mural raised some important issues: How do we think about such a depiction of our history—what did it mean when it was created in the 1940s, what does it represent today, and what does it say about how far we’ve come and about the distance we still have to go to become the truly inclusive community we aspire to be?

Where better than a college campus to ask such essential questions, and who better than Ephs to examine them? That’s what we did throughout the spring semester, led admirably by the Committee on Campus Space and Institutional History, chaired by History Department Chair Karen Merrill, the Frederick Rudolph ’42 Class of 1965 Professor of American Culture. The committee invited input from the community, and the group’s six student members convened a public forum in Goodrich Hall in April. I found the forum to be the epitome of informed, respectful discourse. Strong opinions of many sorts were expressed, and that evening Goodrich was a space that was safe for disagreement, not safe from it. Our faculty are deeply engaged in this issue as well, as you’ll see in our cover story, a conversation led by Michael Beschloss ’77 with history professors Leslie Brown and Charles Dew ’58 and Annie Valk, associate director for public humanities. And so the mural of Ephraim Williams and Theyanoguin will remain in the Log. We’ll add important context about the history it depicts and the campus-wide conversation about it. You can read the committee’s report and recommendations at sites.williams.edu/csih. The committee’s work will continue through the fall, as it considers other places on campus in which the history of our college is represented.

Historical memory is critical. So, too, is the evolution of knowledge. We’re not in the business of expunging history, shying away from debate or standing still. We’ve seen this year a wonderful demonstration of the intellectual enterprise applied to questions about Williams itself, and we’ve heard voices from all parts of our community, whose perspectives are incredibly diverse and deeply valued. That’s how we engage in complicated conversations. That is Williams.