The Cost of Remembering 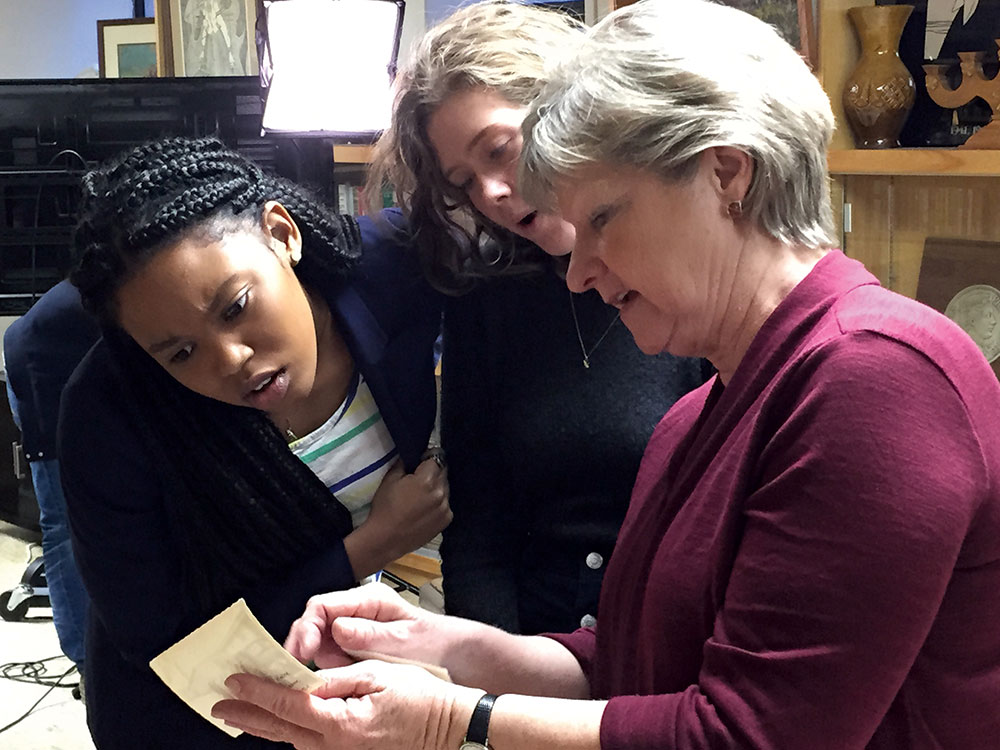 Some of the students in Documenting Stories of Escape and Survival took the Winter Study course to hone their filmmaking skills. Others wanted to learn more about conducting oral histories. Still others wanted to better understand the World War II era. They got all that and something they weren’t expecting: a deep connection to the small Baltic nation of Estonia.

Biology professor Lois Banta, who studies microbiology and public health, has a long personal interest in Estonia. Her father-in-law, now deceased, was born there and fled in 1939, the year before the Soviet Union invaded. During the occupation, 10,000 Estonians were executed or deported to Siberia in a single night.

In 2014, Banta visited Estonia and connected with the Unitas Foundation, a nonprofit whose stated mission is “to build reconciliation between and within societies divided by totalitarianism.”One way Unitas does this is by conducting oral histories with those affected by World War II and its aftermath. Banta learned from a tour guide that the foundation hoped to make a trip to the U.S. to interview Estonian refugees. The seed for her course was planted. 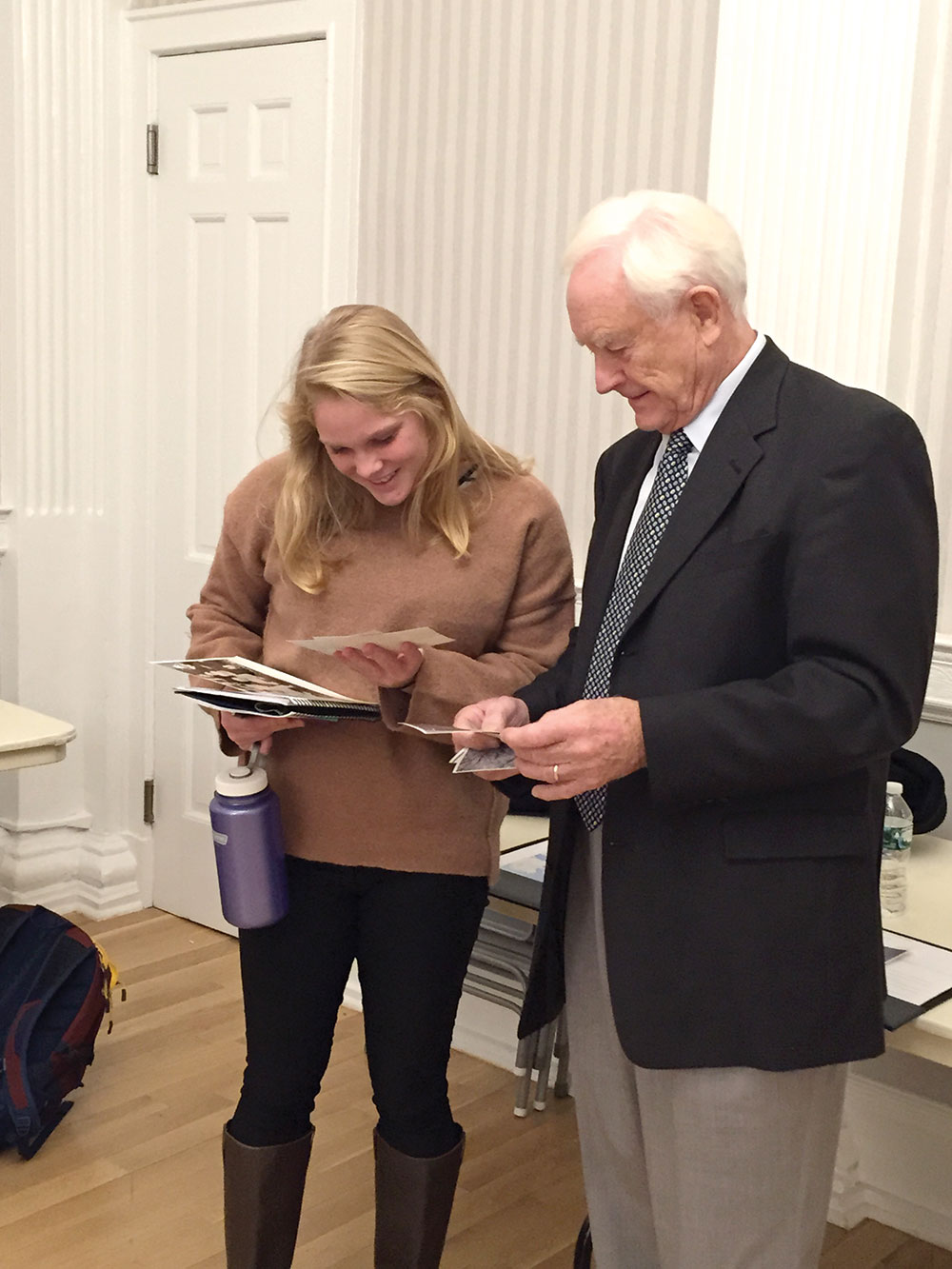 Banta joined forces with documentary filmmakers James Tusty and Maureen Castle Tusty, who in 2007 produced The Singing Revolution, a film about Estonia. She also asked Annie Valk, Williams’ associate director for public humanities, who teaches a course on the theory, methods and practice of oral history, to speak with the class.

Banta’s seven students—whose majors included biology, English, history and political science—read about and watched documentaries on Estonia. With Valk and the Tustys, they explored the difference between oral history and documentary. They learned how to edit film with Williams instructional technology specialist Tamra Hjermstad. Then they set out for New York City and Washington, D.C., where they spent four days interviewing Estonians whose families fled in 1944 to avoid the brutality of a second Soviet occupation, which lasted half a century.

Alexandra Mendez ’17, an English and sociology double major who grew up in Puerto Rico, interviewed an 86-year-old refugee named Ago Ambre for 90 minutes. She says she felt a personal connection with him, in part because they both come from small, sometimes misunderstood places. “He had never formally told anyone his story before,” she says. 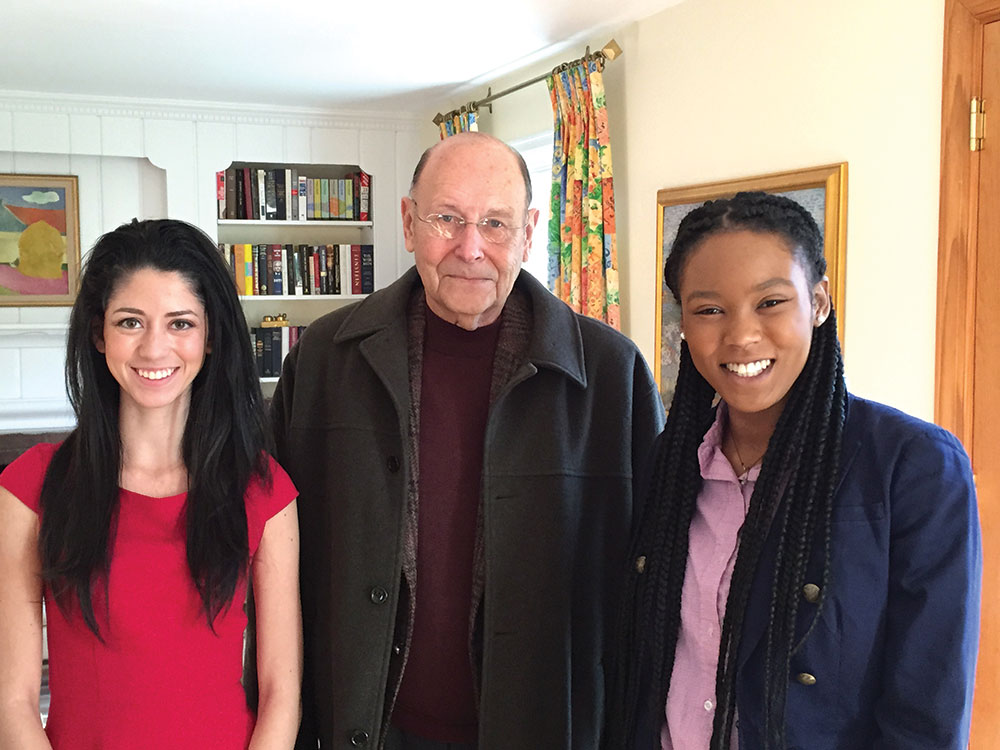 Alexandra Mendez ’17 with Ago Ambre and Janae Barrett ’17

In all, the students filmed 10 interviews that were given to the Unitas Foundation. For their final project, they worked with Hjermstad and the Tustys to create 15-minute documentaries based on their interviews with the refugees. The clips will appear on Unitas’ website and serve as educational resources throughout the Baltic region.

Mendez says she was surprised by how much control she had over the story in the editing process. “It is him talking,” she says. “But in editing, I molded the story.”

Banta says the course dovetailed perfectly with the theme she established as the college’s Gaudino Scholar: exploring the question “At What Cost?”

“By bearing witness to both the unimaginable losses and the resilience of our interviewees, recording oral histories of these traumatic events forces us to ask hard questions,” says Banta, who concludes her three-year term as Gaudino Scholar next year. “What would I have done in those circumstances? How does the unthinkable become commonplace? What is the cost of remembering and documenting these traumas? What is the cost of letting these memories go?”
—Julia Munemo