The Art and Economics of Acquisition 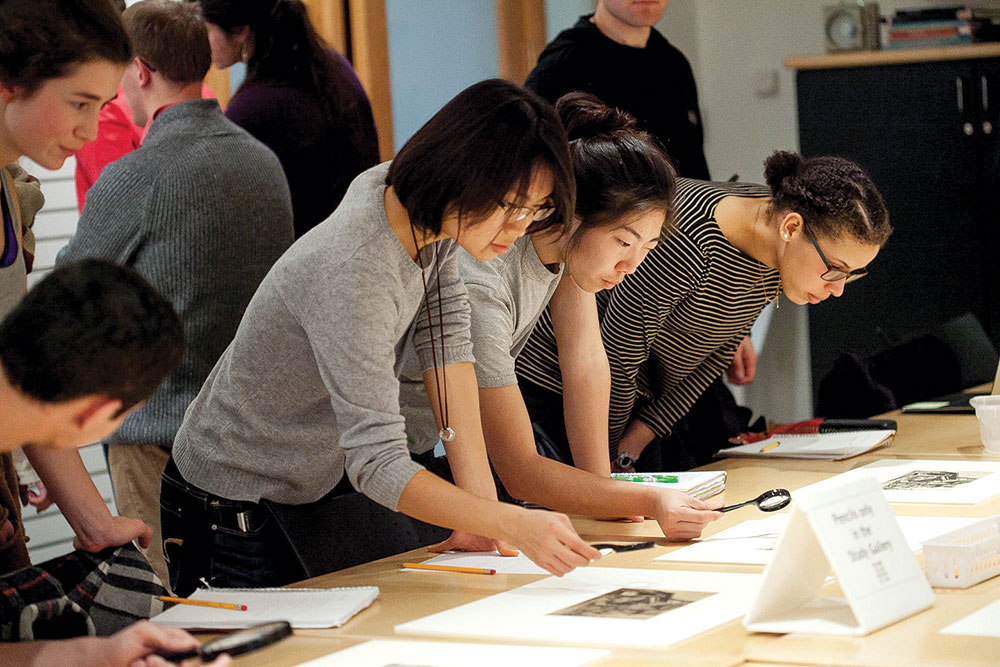 The 19th-century landscape Keene Valley, Adirondacks, on view in the Williams College Museum of Art’s (WCMA) Prendergast Gallery, is notable for many reasons. It’s a classic example of a high-quality painting by a Hudson River School artist who’s not widely known. Its subject matter, an expansive valley, evokes the promise of America in the Reconstruction era. And it’s one of the museum’s most recent acquisitions—purchased by students enrolled in a new, interdisciplinary course.

Acquiring Art: Selecting and Purchasing Objects for WCMA is the brainchild of Kevin Murphy, the museum’s Eugénie Prendergast Curator of American Art, and Stephen Sheppard, the college’s Class of 2012 Professor of Economics. A blend of art history and economics, the fall-semester seminar enrolled 15 seniors and three students from Williams’ Graduate Program in the History of Art.

For the first half of the semester, the professors took turns teaching class sessions. Murphy discussed WCMA’s collection and goals as well as what to look for in terms of an object’s condition. “We gave students tools to look at provenance and the history of objects, and to consider questions of authenticity,” he says.

Sheppard, meanwhile, provided an understanding of economic modeling and how the art market works. “We taught them to use data-based analytic models, talked about how auctions function and provided bargaining strategies,” he says.

Then the students assembled into five teams to research art works. They were given three guidelines—the object had to align with WCMA’s collecting priorities; the students had to view the work in person; and it had to fit within a budget of $25,000, provided by the Fulkerson Fund for Leadership in the Arts.

After some Internet sleuthing, the class traveled to New York City to see up close the objects they were considering. While there, one group discovered the painting they’d been researching wasn’t museum quality.

“When we looked at it under a black light, we could see it had been touched up quite a lot,” says economics and statistics double major Miles McCarthy ’16, who’d never taken an art history class before. “While many paintings have cracks on the surface, this one just had too many.” The team regrouped and found another painting to study.

The group that selected Keene Valley worked closely with an established gallery handling 18th and 19th century American art. The students received a list of Hudson River School paintings within their price range, discussed them with the dealer and zeroed in on the work by Hermann Fuechsel after determining the painting’s true cost and value.

Back on campus, each team drafted a written proposal and made an oral presentation to WCMA’s curatorial and academic engagement staff, who considered all five objects before making the final decision.

Keene Valley was originally priced at $27,500, but the Williams students, using economic modeling, were able to negotiate a discount with the dealer. The painting is now part of the ongoing exhibition “The Anxiety of Influence: European and American Art, 1689-1913.”

“The students who proposed this painting found a spectacular work of museum quality by a lesser-known artist,” Murphy says. “They were smart to find a knockout work by an artist who doesn’t quite have the name recognition of Bierstadt but who was doing similar quality painting.” 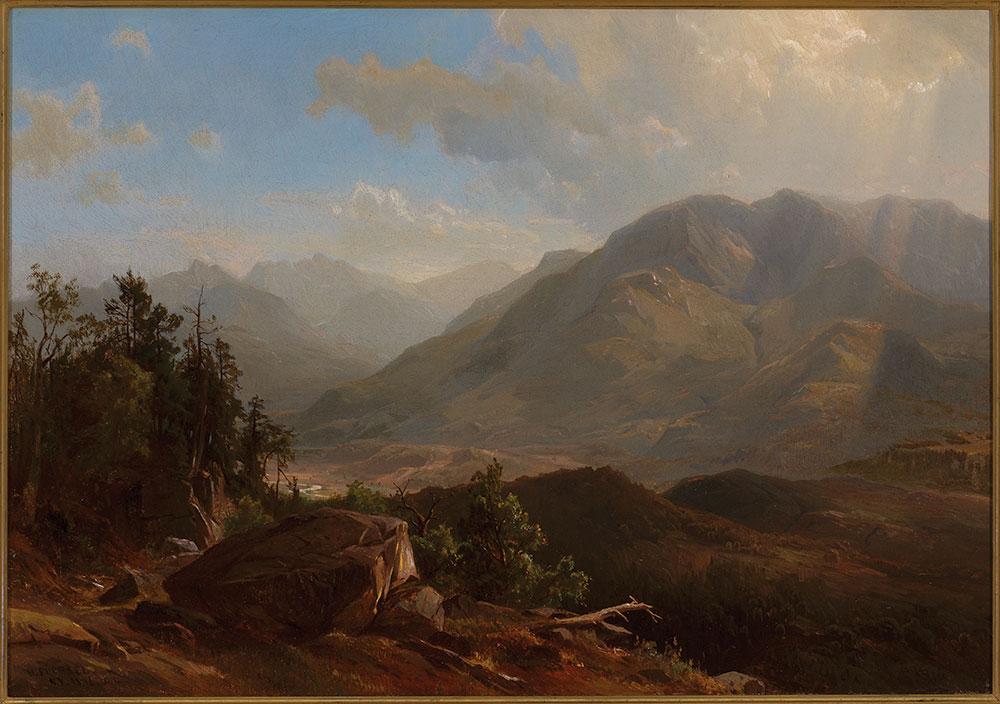 Why Keene Valley belongs in WCMA’s collection, according to curator Kevin Murphy:

1. It’s a Hudson River School painting from the 1870s, when artists like Albert Bierstadt and Frederic Church painted grand, epic vistas of famous places in American nature. WCMA has wonderful Hudson River paintings, but none in this grand mode.

2. Artist Hermann Fuechsel was a German immigrant and studied in Düsseldorf, where Bierstadt trained. The level of detail, rendering of dramatic light effects and craggy mountain is representative of a Düsseldorf-trained artist. The use of light carries the viewer back into almost infinite space.

3. Hudson River painters often used nature as a symbol for the state of the nation. The piece was painted in 1876, the final year of Reconstruction. The expansive, sun-bathed valley floor might represent the promise of America as it emerged from the Civil War. However, the foreground is littered with rocks and tree branches, perhaps signifying that the path forward would be difficult.

4. The work seems to have had just a few owners and is unlined and on its original stretcher bars. What’s more, most of the frame is likely original. It’s as close to how it looked when it came out of Fuechsel’s studio as a 140-year-old painting can be.

5. As the students demonstrated in their economic analysis, high quality pieces from lesser-known Hudson River School artists are becoming more expensive. This trend will only continue as the works become scarcer.