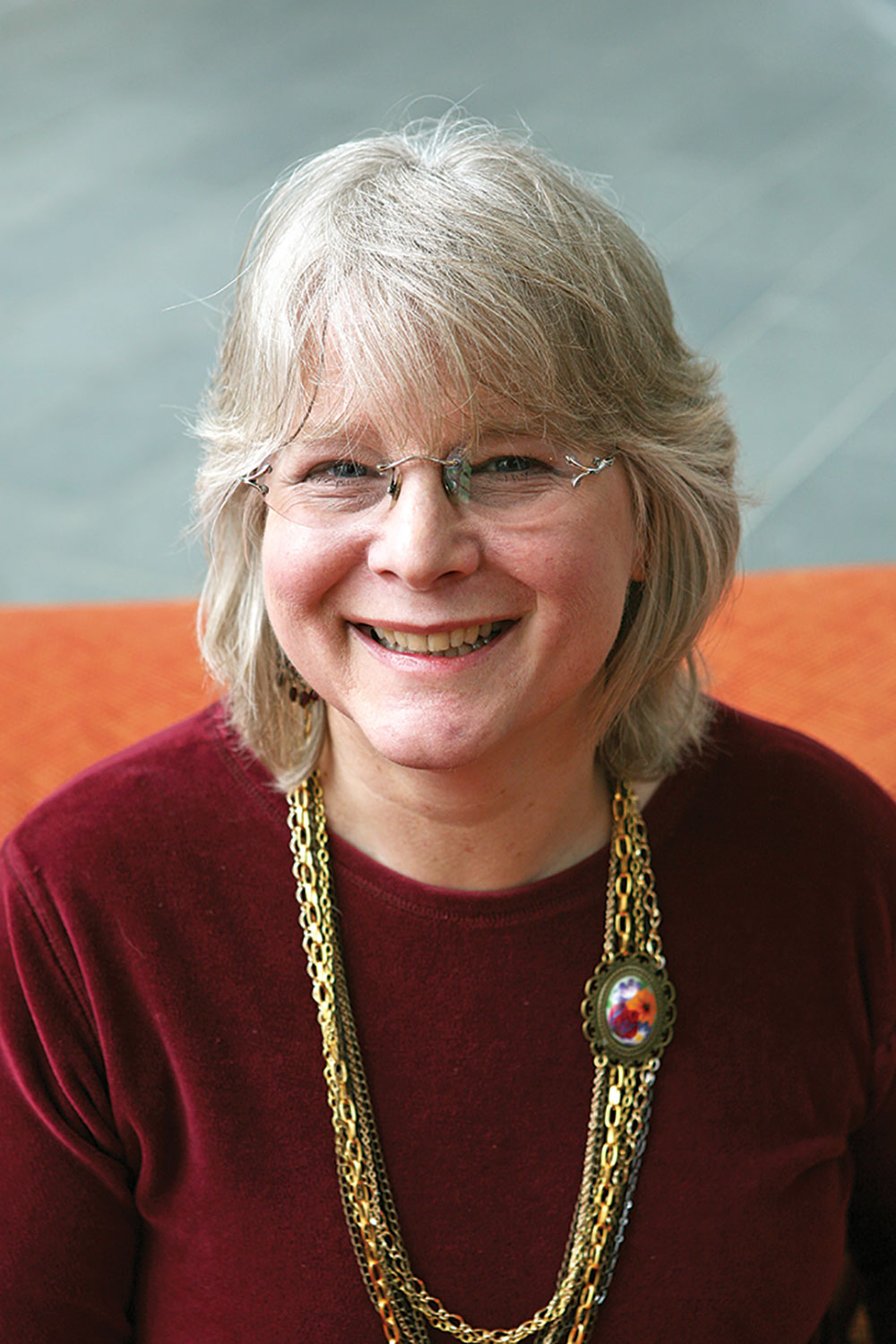 Professor of English Alison Case has made a career of analyzing Victorian literature, but it wasn’t until recently that she started writing in the genre herself.

Her first work of fiction, Nelly Dean (Pegasus, 2015), retells Wuthering Heights in the voice of one of Emily Brontë’s minor characters, Nelly Dean, the Earnshaw family’s servant and a lifelong resident of the heights. Case conceived the book as a letter from Dean to Mr. Lockwood, Wuthering Heights’ narrator. The letter creates connections among Brontë’s better-known characters. Dean also offers readers motives for her own actions in ways that Lockwood never did.

Case says Lockwood’s voice in Wuthering Heights lends itself to an academic reading style; he’s removed from the story, and he analyzes its parts as an outsider. Dean, meanwhile, sees herself as a part of the story, and she chooses sides as she tells it. “It’s a model for the kind of reading we did as kids,” Case says.

Case came to Williams in 1991 and has taught courses on and written literary criticism about Wuthering Heights for years. While writing Plotting Women: Gender and Narration in the Eighteenth- and Nineteenth-Century British Novel (University Press of Virginia, 1999), she became fascinated with Dean. “The things I wanted to say about her were not suitable for literary criticism,” she says. “I realized what I had was a novel.”

Writing Nelly Dean took eight years, including a yearlong sabbatical in 2014 and several trips to Haworth Village in England, where the Brontës grew up. Case spent a lot of time walking along the moors, tracking down local history books and visiting house museums, getting a sense of the tools Dean would have used in her work as a servant and of the flora and fauna of the area.

To Case, the book is a natural extension of her teaching and research. “What we do often in teaching a novel is continually reframe it to bring different things to life,” she says. “What I wanted was to make you think again about Wuthering Heights.”

As for Frances … she was a friendly enough little thing, really, and wanted to be loved by all, so it was always “don’t take the trouble” or “I like it just as it is, thank you” in her mouth. But she soon saw where the wind lay; Hindley would frown and look dark at any friendly words from her to me, but he petted and kissed her for complaining of me and ordering me about. She would have liked to make a confidante out of me, I could see, and small wonder: she had no one else to talk to, with Cathy, wild and scornful, and no visiting in the neighborhood. But I was having none of it … though I could see it hurt her to be put off so. You see, Mr. Lockwood, when Hindley brought her back, and flaunted her in front of me as his fine lady bride, I vowed to myself that from then on I’d work for my wages, and no more. … And as far as she went, I kept my word. Now, though, looking back, I think how lonely she must have been, for I think, silly as she was, she saw through all of Hindley’s petting and praise, that his heart as elsewhere, though she little guessed who had the keeping of it. Yes, Mr. Lockwood, if you’d come to Wuthering Heights then, you’d have seen Hindley a doting husband, and me, a bustling and solicitous servant, and Frances, fluttering and laughing as if all the world loved her. And you’d have thought the only thing amiss in the family was a brooding, dark-faced boy and a wild mischievous girl, and their endless skirmishing with Hindley and Joseph. But all the time, Hindley was using her to strike at me, and I was using her to strike at him, and she, poor thing, was battered between us, and died of it. Of all the ghosts at Wuthering Heights, hers is the one I fear, for I wronged her, and God knows she meant me no harm.