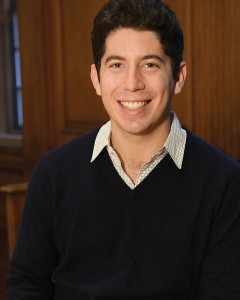 Teddy Cohan ’16 is among the first cohort of students to be named a Schwarzman Scholar, a scholarship program created by Blackstone Group founder Steven A. Schwarzman.

The scholarship will fund a one-year master’s degree program at Tsinghua University in Beijing. Cohan, a political science major, is one of 111 students from 32 countries chosen for the scholarship. There were 3,000 applicants this year.

Cohan plans to study public policy while in China. He says he was interested in the Schwarzman program because, “Looking ahead to the 21st century, it is imperative that anyone in politics or business have a deeper understanding of China.”

While at Williams, Cohan co-founded Kinetic, an action-oriented think tank focused on issues such as food security, teacher recruitment and sustainable energy. He also served as treasurer of College Council. He spent his junior year in London, where he studied British politics, the European Union, international security and political philosophy. He hopes to run for elective office in the future.