Welcome to the "Real World"

The question is: Do we prepare students to accept the world as it is, or do we prepare them to change it? 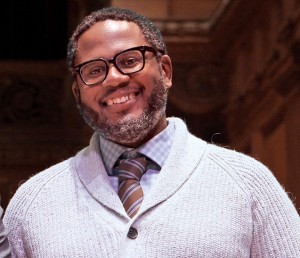 “The imaginary college student is a character born of someone else’s pessimism. It is an easy target, a perverse distillation of all the self-regard and self-absorption ascribed to what’s often called the millennial generation. But perhaps it goes both ways, and the reason that college stories have garnered so much attention this year is our general suspicion, within the real world, that the system no longer works.”

In the work I do as a diversity advocate in higher education, I often hear a concern that some of our efforts in pursuit of equity may be doing students a disservice—that we’re not preparing them for the “real world.” The implied logic is that if students feel empowered to voice their discontent with micro-aggressions experienced on campus, then they’re not developing the thick skin necessary to deal with the slights they’ll see in the workplace, out in the “real world.” Students should “toughen up,” and we should stop “coddling” them, we’re told.

I’ve heard these sentiments expressed about Williams’ efforts to counsel students against donning offensive Halloween costumes, the distribution of a “Pronouns Matter” pamphlet last fall and in more general discussions about what constitutes a “safe space” on campus.

To be sure, the real world is full of anti-Semitism, homophobia, sexism and racism. The question is: Do we prepare students to accept the world as it is, or do we prepare them to change it? Telling students either explicitly or implicitly that they should grin and bear it is the last thing one should do as an educator. Yet that’s essentially the gospel that the “wait until the real world” parishioners would have many of us adopt.

The purpose of a college experience isn’t to make students feel as if they’re in a well-insulated bubble. Just as the image of the “imaginary college student” as a video game-addicted humanities major who uses the pronoun “they” and abides by a strict gluten-free diet disregards the lived experiences of countless students, so, too, do any allusions that colleges are idyllic enclaves. It’s worth remembering that being at Williams doesn’t immediately reshape all students’ lives into concentric circles with Frosh Quad at their center.

Instead, each student has a Venn diagram-like series of circles of their families, previous neighborhoods, schools and friend groups, all bartering for space among 2,200 other students. Over the last five years, to help mitigate some of the tensions that are bound to arise from this complex configuration, staff members at the Davis Center have been leading workshops on social identity formation and facilitation as part of the spring and fall training sessions for junior advisors. These trainings are complemented by an array of events during First Days that seek to provide the entering class an introduction to the identities and perspectives they’re likely to encounter here at Williams.

Hua Hsu’s “imaginary college student” is, for a casual observer of the various controversies that have affected campuses across the country this past year, an easy explanation. It’s a caricature that allowed vast swaths of the reading public to cast college students as “absurdly thin-skinned, unduly obsessed with ‘safe spaces’ and political correctness,” as Hsu writes in The New Yorker.

Part of the reason that college students are such fraught discursive subjects is because colleges themselves are undergoing their own existential dilemmas. Is college a place for intellectual exploration? Or is it a glorified worker-training program?

We’re not immune to this debate here at Williams, and some of our students and families bear its weight more than others. Students whose families are facing financial distress often feel guilty about engaging in any pursuit that’s not alleviating their family’s hardships. The decisions these students are forced to make range from deciding whether to take time off from school to find jobs so they can better support their families to choosing majors based on projected earning expectations immediately after graduation.

Moreover, a more general national debate over the value of a college education manifests differently for individual students. For some, it’s a question of the value of college broadly or of their particular college education and experience. For others, it’s yet another variable in trying to understand how they fit into this system—and if they are worth such investment.

My colleagues and I at the Davis Center and so many of us here at Williams do our best to assure all students they are worth the efforts that they and their families are making so they can attend college.

Whether one is suspicious of the merits of college as a whole or cynical about the existence of “safe spaces,” the truth of the matter is that “coddled” college students aren’t the problem. The real culprits—on campuses and in the real world—are the persistent effects of homophobia, income inequality, misogyny, poverty, racism, sexism, white supremacy and xenophobia. When students refuse to accept discrimination on college campuses, they’re learning important lessons about how to fight it everywhere.

Ferentz Lafargue is director of the Davis Center.