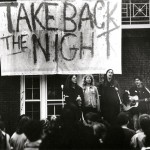 On April 4, 1969, 34 students from Williams’ Afro-American Society took over Hopkins Hall. They sought action from the college on 15 demands, including adding African-American studies to the curriculum, diversifying the faculty and creating a cultural center.

The campus community, black and white, rallied in support. Discussions between the administration and society members took place by telephone and via notes passed through windows. Classes were canceled that Monday and Tuesday for a campus-wide teach-in. 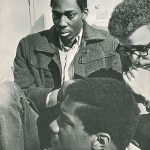 A movement led by the Afro-American Society to add African-American studies to the curriculum found in the Williams College Archives’ student activism collections. The Hopkins Occupation: A Report on the Events of April 5-8, 1969, was compiled by Williams Record staff and edited by Michael J. Himowitz ’69.

The occupation ended that Tuesday with then-Provost Steve Lewis ’60 and the Afro-American Society’s Preston Washington ’70 presenting an action plan addressing the students’ concerns. At a time when turmoil over the Vietnam War and racial justice was creating bitterness and resentment on college campuses around the country, the protest at Williams was respectful—and effective.

The occupation of Hopkins Hall is just one of the student protests documented in the college archives’ exhibition “Progress Through Struggle: Student Activism at Williams,” on view in Sawyer Library’s Schow Connector Gallery through the summer. “Over the past year, we’ve seen increased interest from students regarding activism on campus,” says college archivist Katie Nash. “We wanted to highlight a few events from Williams’ history to show that struggles today have been experienced by former students.”

A 1993 hunger strike for the creation of a Latina/o studies program found in the Williams College Archives’ student activism collections.

The meticulously catalogued materials are used widely by students for independent research and classwork. Professors like Leslie Brown in history, David Edwards in anthropology and Dorothy Wang in American studies have used collections pertaining to activism around Civil Rights, the abolition of fraternities and South African apartheid.

“By having these collections,” Nash says, “you truly become aware of all the voices and stories associated with a part of our past—which is crucial to helping others understand and appreciate the impact a group of individuals can have on the course of history and how it’s recorded.”