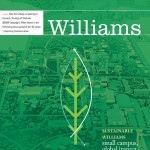 I enjoyed reading how Williams is trying to reduce its carbon footprint (“Sustainable Williams,” fall 2015). And I am gratified, though not surprised, to hear the extent of student involvement. I have another idea that might help the college. For years my wife and I have brought solar-powered lanterns/flashlights on medical mission trips that we run, first to Nicaragua and now to Malawi. Then we started using the lanterns at all times in the house when we might otherwise flip on a light switch. What if Williams provided these flashlights, which cost approximately $15 apiece, to students, faculty and staff, with the understanding that they would use them in place of indoor lighting as much as possible? The college could start a trend that other colleges would be likely to follow, and then we might have a measurable effect on global warming.
—Brian Lisse ’77, Hudson, Mass.

Williams never looked so green, and in the fall! The commitment of one little college to carbon emissions control is impressive. The green map of change was a cool detail. Speaking of change, I had to smile reading about the new Williams course about town and gown relations, taught by an anthropology professor and a journalist (“New
Course Explores Town and Gown,” fall 2015). This townie alumnus was steeped in anthropology when covering the Select Board and other town business for The North Adams Transcript in the early 1960s. Some lighthearted quotes I fondly remember from the Williamstown beat: “Why the hell is the college building so much?” “They’ve got too much money.” “How about the college paying some taxes? The town’s almost broke.” “Stop whining. Without the college we got no culture here.” “Thank God, Eph Williams made out a will in Albany before he got shot at Lake George.”
—Ernie Imhoff ’59, Baltimore, Md.

The current Williams Magazine (fall 2015) is the most interesting of this century. Nevertheless two issues come to mind. My late friend Marcus T. Reynolds ’50 loved Williams but was disturbed by two campus sites. As a member of Sigma Phi fraternity, he loved the quaint Van Rensselaer mansion that had been moved brick by brick from Albany and was remembered by a miniscule picture hanging upstairs in the old Sawyer Library. Now both are gone. Marc’s father was Kenneth Reynolds, Class of 1916, the architect who designed the Log, which had fallen into decrepitude and ill use, not to mention ecological ill repute. I hope that the do-over has soothed his posthumous sensibilities. Also, your town and gown story missed a beat and a couple of decades. There was indeed a Hotel Greylock at the corner of Main and North. A bit before WWII, the old clapboard hotel suffered a major fire and left only a wing fit for later use. I don’t know the real estate transaction by which the college acquired that stately edifice, but in the decade-plus after the war, Greylock Hall was a very desirable dorm, with private baths for each suite and inner-spring mattresses on each bed. In time, maintenance of an obsolete relic and the coming of a larger student body meant a more substantial and larger quarter was needed and so led to the demolition of that sad remnant. I miss it still.
—Dan Tritter ’54, New York, N.Y. 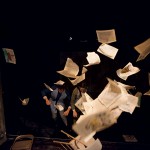 “Act II” (fall 2015) was well played for this alum. I had wondered just what went on at the ’62 Center for Theatre and Dance. Obviously it was more than what my former roommate John Calhoun ’62 did at the Adams Memorial Theatre. At our 50th reunion it was a more or less open space, the guided tour serving notice: “No shoes on the dance
floor—thank you very much.” Nor was it simply an improved site for noted summer stock productions. Now I know that, in part, but only in part, the ’62 Center is responsible for a theater company in Seattle, a lighting design career initiated during Winter Study by a freshman and an all-points summer program that sounds thorough as well as fun. For that, I thank you.
—Joe Bassett ’62, Peabody, Mass. 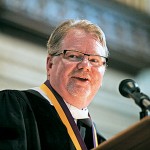 I had a special interest in Michael Curtin’s ’86 thoughtful piece on D.C. Central Kitchen (“Around the Kitchen Table,” fall 2015). Several years ago, concerned about the homeless in Charlottesville, Va., I got an earnest little movement going called Compass to establish a daytime shelter. The public library where I worked was a daily home for many without homes. Tom Shadyac, who was in the area directing the movie Evan Almighty, purchased a church a block away from the library, and we created a shelter called The Haven. Now more than five years old, the shelter provides a hearty breakfast, storage space, a shower/laundry and computer access. This year it expanded its role to finding homes for people. After two terms on the board, I went to the kitchen, volunteering on Friday mornings. It’s all been very fulfilling. Next to getting into Williams, beginning this movement that turned out so well may be my greatest achievement.
—Jim Barns ’69, Charlottesville, Va. 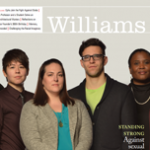 Last spring Williams Magazine published the article “Standing Strong,” about the college’s community- driven approach to ending sexual assault. In January, we learned that this important story won a Gold Award for Best Article of the Year from the Council for the Advancement and Support of Education, District I. We are proud that the work of the magazine—and that of the college—has been honored in this way. For the most recent information about Williams’ efforts regarding sexual assault prevention and response, visit http://bit.ly/wmssexassault.