An Artist's Life and Afterlife 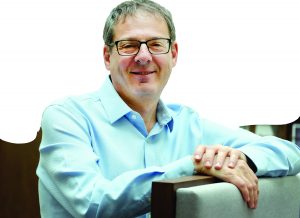 The Deaths of Henri Regnault. By Marc Gotlieb. University of Chicago, 2016.

A new book by Marc Gotlieb, Williams’ Class of 1955 Memorial Professor of Art and director of the Graduate Program in Art History, considers the life of Henri Regnault. It’s the first English-language book about the 19th-century French artist, whose meteoric rise was cut short when he was killed in action in the final days of the Franco-Prussian War. Below, Gotlieb explains his fascination with Regnault’s life—and death.

I’ve always been interested in “academic art” of the 19th century—painters who were famous in their day but whose reputations collapsed with the Impressionist and Modernist revolution. Regnault is particularly spectacular in this regard. He painted only four major pictures, and they offer at once an alluring and troubling union of exotic colorism and violent fantasy that made them impossible to ignore. As I examined his career, I learned that this young artist of super-sized ambition was deeply afflicted with a fear of tradition’s authority. The extreme features of his art are traceable to an urgent search for originality—all the more remarkable given his traditional artistic formation.

Regnault was a talismanic figure to a generation of artists across Europe and the U.S. He was 27 when he was killed in action in January 1871, the last days of the Franco-Prussian War. The legend of his patriotic death was retold among countless artists and admirers until his reputation collapsed around 1900.

The first half of my book explores Regnault as he lived. It’s essentially a psychological reading of his art and career. The second half explores Regnault’s death and its afterlife in the fin-de-sie?cle. It’s a study in historical memory through countless evocations of Regnault by artists, writers, composers, and others.

The book offers a portrait of the ambitions and conflicts experienced by major artists in the late 19th-century—a portrait quite different than the Impressionist narratives that we are now quite familiar with. —Marc Gotlieb

Everything about Regnault’s painting [Salome] seemed to put questions of desire on the table. Perhaps this was overdetermined—the sight of her thighs, her breathlessness, her disheveled dress and coy smile, not to mention a linked array of fetishes that will command our attention in due course—all this and more spoke of an effort to distill the biblical tale into a scene of seduction. But the idea of Regnault’s picture as wholly delivered to desire was scarcely restricted to the dancer and her accessories. 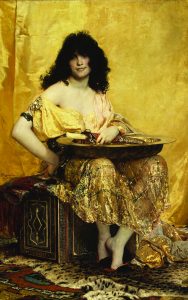 From the circumstances surrounding the picture’s genesis to its tumultuous reception, Salome eroticized everything it touched. Regnault himself, for example, famous for his “violent temperament” and “adored by all the women.” Also the picture’s owner, a wealthy courtesan who gave pride of place to works by Regnault and his circle. And the artist’s model, her enigmatic features nurturing fantasies around the erotics of studio culture. No less relevant in this regard was Regnault’s controversial layering of yellow on gold, or for that matter his choice of frame. Whether we may truly credit to the picture a fashion for yellow dresses is difficult to verify, but the idea that Salome could mark such decorative terrain signaled Regnault’s loyalty to a sensuous, feminine, and materialist conception of painting at odds with his prestigious academic formation. The charge was misleading, but it deserves attention, not least because Regnault himself spoke of his painting as directed to the senses and having pleasure in mind.