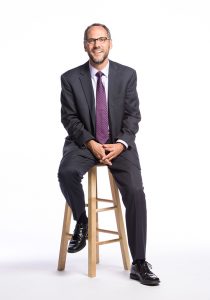 At Williams we talk a lot about “intentional community.” But it’s not just talk. We live this idea and work at it every day, because we believe it matters, that it’s a critical part of the particular kind of education we seek to impart to our students. Those of us who’ve devoted our careers to this work feel a deep sense of responsibility—and privilege—to make good on the generosity and wisdom of previous generations by helping students become effective global citizens.

So we look all over the world for talented students who will push our community forward and, in so doing, learn what it takes to change the world. When students arrive, we bring them together in entries that are probably the most diverse collection of backgrounds, perspectives, and people they’ve ever encountered. We encourage students to explore the curriculum widely, to go beyond what’s comfortable and familiar, and to come to know themselves through an understanding of their history and their relationships with others.

In today’s world, it seems to us that such work is more important and more complicated than ever. But it’s not new. In this issue, you’ll read the story of a man who personifies our long-held liberal arts ideals. Charles Dew’s The Making of a Racist: A Southerner Reflects on Family, History, and the Slave Trade tells of his own “awakening” as a student at Williams and how that experience changed the course of his life. Having grown up in the Jim Crow South, it was here at Williams that Charles first lived and learned alongside black classmates and was exposed to ideas and thinking that upended everything he’d been taught and believed about slavery, politics, and race.

Charles graduated from Williams in 1958 and came back in 1977 to teach here. In the years since, the college’s Ephraim Williams Professor of American History has taught thousands of students, many of whom have no doubt experienced their own “consciousness raising and conscience raising,” as Charles himself says he did.

He has engaged passionately in this work with his students and his faculty colleagues, including a younger historian whose family came from the other side of the color line in the South: Leslie Brown. Leslie and Charles debated, discussed, and learned from each other. In 2014 they co-taught a Winter Study class called The South in Black and White. Leslie was an inspiration to Charles, and she became a valuable reader of his manuscript for The Making of a Racist.

Leslie died in August, leaving a gaping hole in our community. We will miss her profoundly and for numerous reasons—not the least of which was her insistence that Williams be better and do better by everyone in our community. For all she did—and for all Charles has done—to raise our collective consciousness and our conscience, we are forever grateful, and we will continue to endeavor to help students know their histories, find their voices, and seek knowledge in pursuit of a more just world. This, fundamentally, is why we’re here.