Getting a Read on Basquiat

Williams » Williams Magazine » Fall 2016 » Muse » Getting a Read on Basquiat 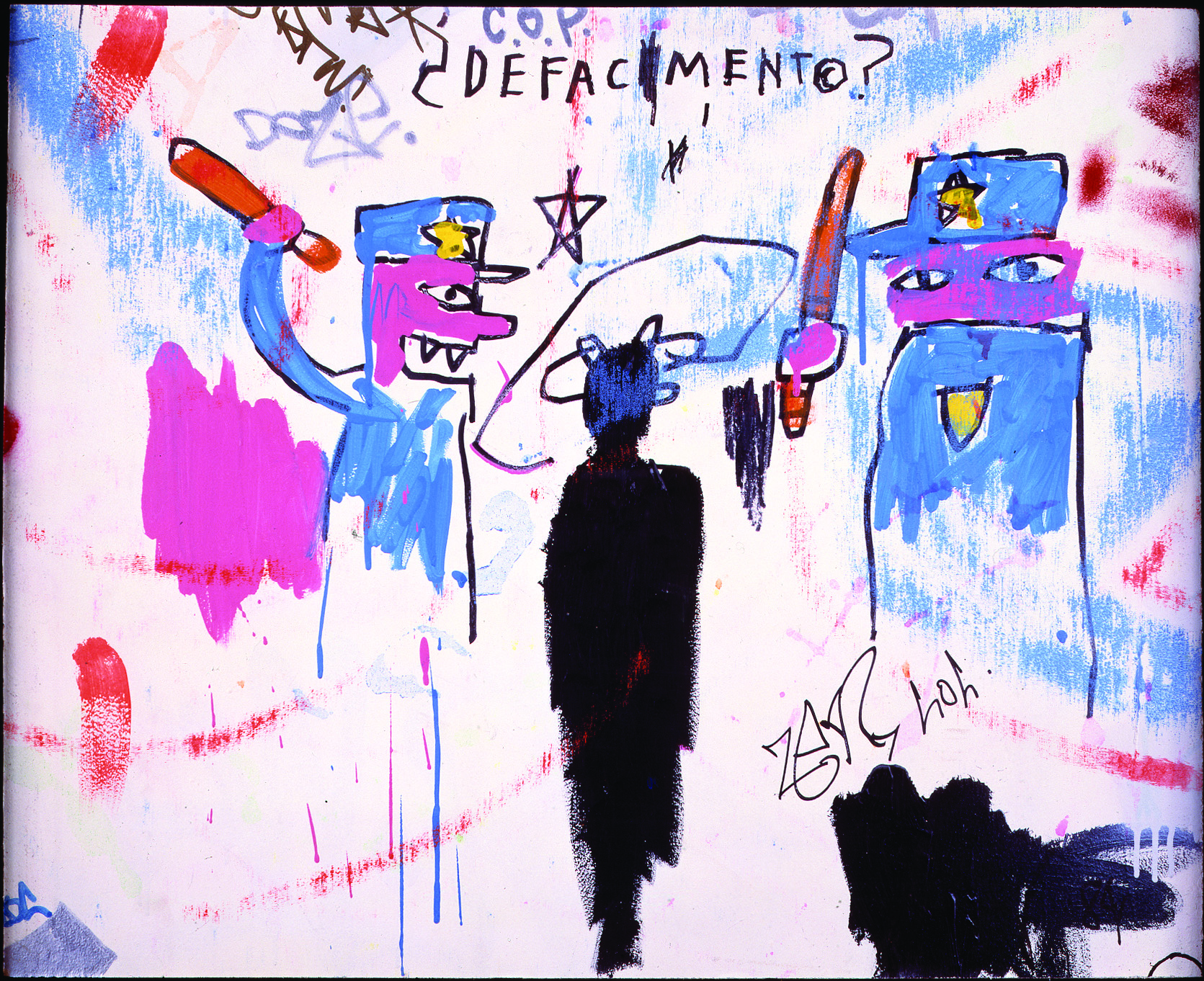 1983, graffiti artist Michael Stewart was beaten by New York City police officers following an arrest for vandalism. He fell into a coma and died 13 days later.

His friend and fellow artist Jean-Michel Basquiat paid tribute to Stewart, painting Defacement (The Death of Michael Stewart) on the wall of Keith Haring’s studio. The painting, which remains on its original drywall, is on view through the end of January at the Williams College Museum of Art (WCMA) as part of the program series Getting a Read On Basquiat and Black Lives Matter.

Defacement now hangs in the museum above the mantle in the restored Reading Room, an intimate setting for discussions of its meaning, says Sonnet Coggins, WCMA’s associate director for academic and public engagement. The installation “makes manifest the thinking we’ve been doing about how the museum responds to the most pressing issues on campus and in the world,” she says. “We’re thinking about the unique role art might play in fostering related conversation.”

Displaying such a highly charged artwork in a small setting creates a space in which people can come together around the sensitive issues of police brutality and black identity, Coggins says.

A conversation with Basquiat scholars, titled “Defacement: Ambivalence, Identity, and Black Lives Matter” and led by writer and activist Chae?dria LaBouvier ’07, was planned for Nov. 10. Meanwhile, several faculty members have incorporated the painting into class discussions, some of which are taking place in the Reading Room. The wider community is invited to use the space as well.

The program, says Coggins, “inverts the way museums have historically functioned. Instead of the museum producing meaning, the community can make meaning.” —Denise Valenti