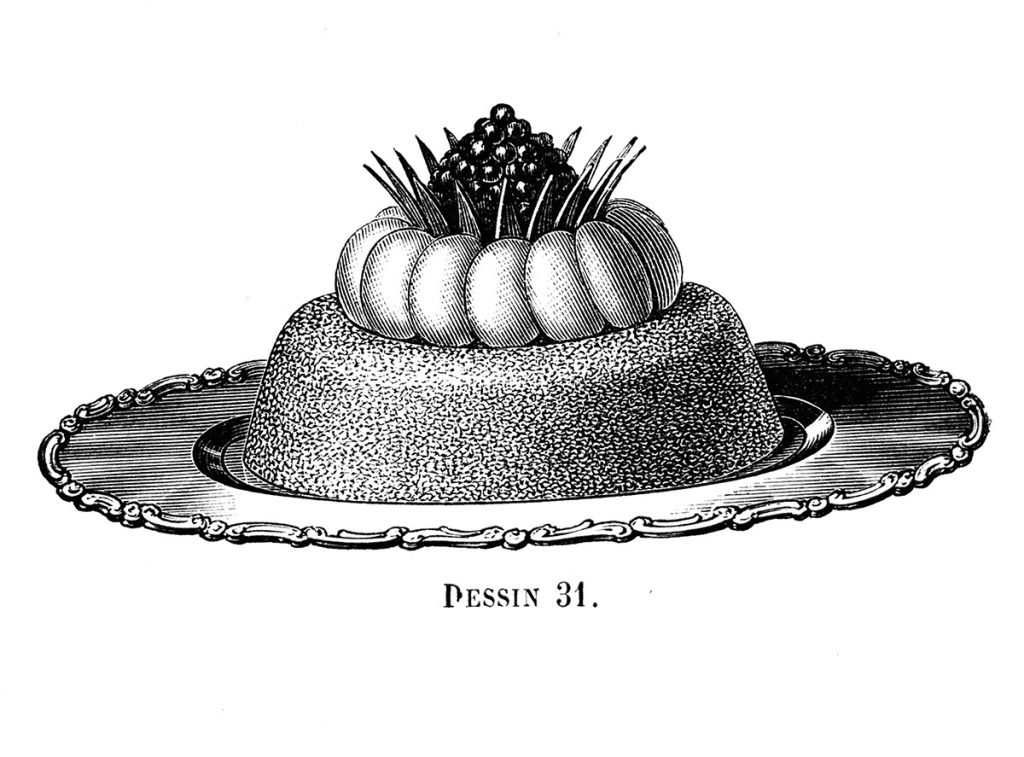 Among the images featured in Williams’ new Special Collections Coloring Book is a plate from Urbain Dubois’ Grand livre des pâtissiers et des confiseurs (Great Book of Pastry Chefs and Confectioners), published in 1883. Dubois was one of the most important figures in the literature of French cuisine, serving as personal chef to the Russian diplomat Prince Alexey Orlov and to the Hohenzollern family in Germany. Several of his works are in the Chapin Library’s collection of books on French cookery, formed thanks to the generosity of Alice and Bruce Healy ’68.

Grand livre, acquired in 2010, is one of the scarcest of Dubois’ books. It contains 138 plates illustrating elaborately constructed centerpieces together with recipes. Published
at the end of a lengthy period of French supremacy in confectionery—soon to be led by German chefs into the early 20th century—it recalls a time when designs such as Dubois’ appeared on the tables of great and noble families in Europe.

The college’s entire French cuisine collection is regularly used by Darra Goldstein, the Willcox B. and Harriet M. Adsit Professor of Russian, in her courses on food and society and the cookbook through history.