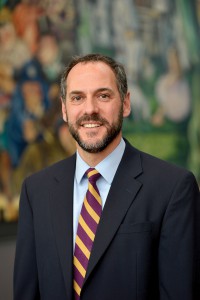 Forty years ago, when the Class of 1975 walked across the Commencement stage, among its members were the first women to have spent their entire undergraduate years here. The 40th anniversary of coeducation is an occasion well worth honoring, and we’ve done that in this issue of Williams Magazine, profiling extraordinary Ephs drawn from the decades since. I’m inspired by the accomplishments of these women and by how well they exemplify our aspirations for all our graduates. I hope you’ll be, too.

In marking four decades of coeducation, what we celebrate most deeply aren’t the ways in which Williams has changed women, but rather how women have changed Williams. Today it’s simply impossible to imagine this place without all of humanity represented here, both women and men (and, importantly, those who do not identify within the gender binary).

And yet, as with other ways in which the Williams student body has evolved over the years, what feels like an inevitable outcome was neither inevitable, nor is it a final outcome. There was a time when the presence of women as full members of our student body was unimaginable, the thought greeted with bewilderment and skepticism at best, with derision and hostility at worst. The groundwork for coeducation was laid largely during the presidency of Jack Sawyer, when fraternities were eliminated and the college took full responsibility for the housing and feeding of students.

Then, in 1971, 130 or so women arrived as first-years, following a trickle of exchange and then transfer students in the years before. Many of those pioneers speak of being warmly welcomed. Others, though, encountered resistance, as the college’s entire community came unevenly to accept or accommodate our new student body. An extraordinary evolution would occur at Williams over that decade; by its end, many students were barely aware that Williams had ever been a male-only institution.

What we celebrate most deeply aren’t  the ways in which Williams has changed women, but rather how women have changed Williams.

Today, our student body is about half female, and our 40 years of alumnae have had a profoundly positive influence on Williams and the wider world. I’m also pleased to note that women now hold a majority of positions in the college’s senior administrative team. And while I realize I’m currently standing in the way of this one, I expect Williams will see a woman president before too long.

Yet we certainly haven’t finished the work of making Williams entirely inclusive to women. We renew the student body every four years, but to do so with a faculty takes at least a generation. While we have achieved approximate gender balance among our junior faculty, the legacy of a heavily male professoriate remains and is reflected in our senior ranks. And while women students and faculty are well represented throughout most of our curriculum, there remain fields such as physics and computer science where the numbers of women, both nationally and at Williams, do not reflect our nation’s distribution of talent or potential interest.

There is no doubt, as well, that there’s still considerable work to do to ensure that our campus is wholly supportive of women, and, more broadly, that Williams is experienced as fully inclusive by every member of our community.

Celebrating the women of Williams needn’t wait until there’s nothing left to be done. This anniversary represents and reminds us of a truly remarkable evolution. As a beneficiary of such change—and as a feminist—I’m deeply grateful to those who have worked so hard for so long, for they make possible the extraordinary Williams of 2015.