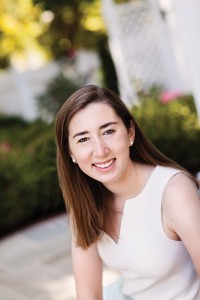 I’ve always put a very strong value on place—and connection to place—and on how our surroundings can subtly shape consciousness and belief. So looking at colleges as a passionate environmental advocate, one of my main criteria was the relationship between the campus and the natural world. I was totally turned off by Amherst for the sole reason that there were not enough pines. Williams, on the other hand, went above and beyond.

To a large extent, Williams reflected my dearly held convictions. Our mountains could leave students with a strong appreciation for the natural world. Yet there were really no visual means to nourish the environmental values related to sustainability or energy efficiency needed in the context of 21st century climate change.

However, this past spring, the Class of 1966 Environmental Center opened, and it has the potential to make Williams’ environmental studies program the strongest it’s ever been. But more importantly, this remarkable building can shape the consciousness of students for generations to come in a more relevant, immediate way than our mountains can.

Foundationally, the Center for Environmental Studies was already an excellent program. For most of my time here, it was cramped into the now-destroyed Harper House on the western edge of campus. Yet such exile didn’t curtail the department’s power. The ill-heated house was transformed into an environmental studies home, nourishing the feeling of community that such a field of study needs. You’d walk in and immediately be confronted with the op-eds written for The Record, the poster with all the faces of students involved in activities and, over in the next room, the drawings that my peers and I did for our Environmental Planning Workshop, redesigning a vacant lot near campus. This all reminded me of the pictures parents hang on the fridge from elementary school, the visuals sending a clear statement:

This sense of community, in a way, makes environmental studies not just the quintessential liberal art but also the quintessentially Williams small liberal arts program. We always say on admission tours that professors come to Williams for the same reason students do—for the close personal interaction that cannot exist in giant lectures led by teaching assistants.

Environmental studies does all this and more. It’s like Mark Hopkins and a student on a sustainably sourced log, and they’ve finished their tutorial and stayed on to brainstorm ways to engage non-environmental student groups in environmental affairs. They’re working together academically but also toward something ideologically greater.

One might wonder how a building like the new environmental center could make an already strong program and community stronger. And here is where place and consciousness are at their most important.

While our old house was wonderful for environmental studies students, it was a flawed center for extracurricular affairs. Being so far away, the old house required student groups to meet in disparate conference rooms around campus, and there was no uniting force behind their actions. Activism was surprisingly latent, membership dwindling and energy difficult to sustain.

Yet this year things started to change. Maybe it was because of a group of enthusiastic freshmen, but I believe that by viewing this house being built so prominently in the middle of our daily paths, group identity and consciousness began to shift. We started to have summits with all of the student environmental groups to talk about our projects and find those formerly hidden means of collaboration. The divestment movement suddenly became a very vocal force. Now there is a conference room for meetings and a bulletin board that unites all group information. These things may seem trivial, but they are absolutely essential for making us feel united, significant and able to effect change.

More broadly, here was a building being constructed in a revolutionarily sustainable way for us, for our community and for future students. Perception of possibility and importance subtly shifts when you realize that this beloved institution, though it may not always concede to group pressure, is saying very clearly that it supports environmental values and believes, in part, what we believe. Such a project legitimizes and institutionalizes environmentalism and affirms not only that it matters but also that it’s of central concern to this college.

But this space’s importance will permeate beyond the closer-than-ever-knit bonds of the environmental groups and incite something more than the simple appreciation for the natural world that our mountains do. Here now are giant arrays of solar panels staring into the windows of the beautiful new library and looking every student in the eye as he or she walks down to Mission for dinner. If you pass something like this every day, regardless of whether you have any connection to the environmental world on campus, your engagement changes. The panels are glaringly obvious—a statement—but over time they could blend into the built environment much like telephone poles: a clear, unquestionably necessary part of life. For students who then enter the “real world,” this environmental stewardship could very well seem like basic common sense.

The Class of 1966 Environmental Center is only a starting point. Let us take this energy and use this building not just as a symbol but also as a model for the wholehearted commitment to fighting climate change that the college could have.