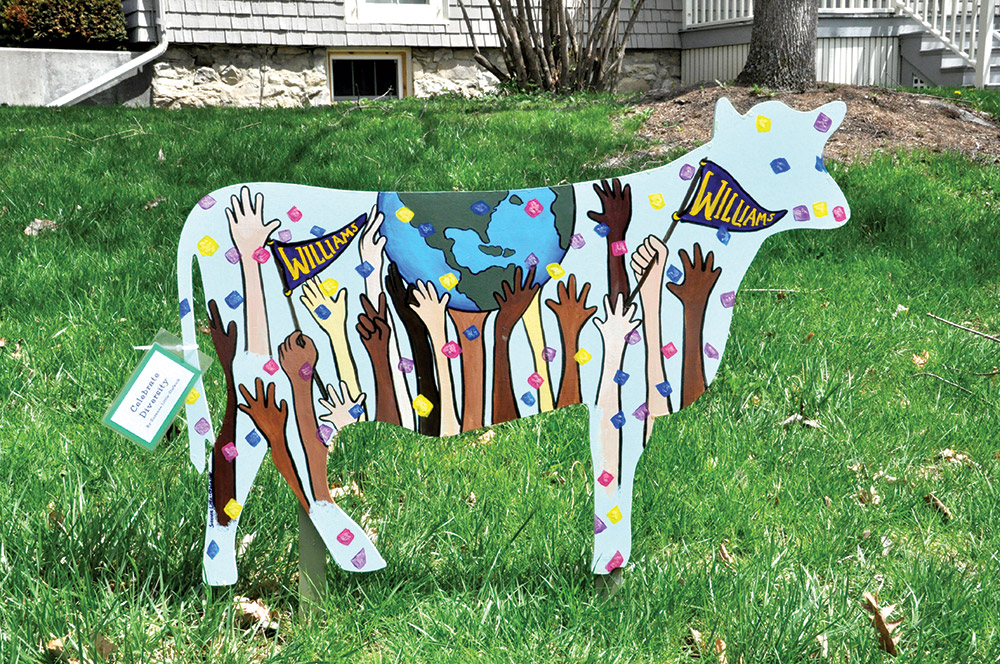 Cows decorated in a rainbow of colors— sporting mortarboards, cigars and even a bathing suit—adorned the campus in late May, part of a herd of 95 designed by different members of the Williams community. Called Ephs on Parade and sponsored by the Committee on Undergraduate Life, “the goal was for the entire campus to be talking about the same thing at once,” says Biology Professor Matt Carter, who helped coordinate the project. “We wanted to unite the campus, at least for a few days, and deliberately create something positive and with a sense of humor.”