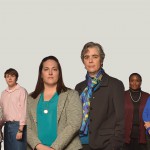 Thank you for “Standing Strong” (spring 2015). Given the demands of the “hook-up culture” (high expectations, low commitment), I believe the following two preventive measures will enrich the community-driven approach to ending sexual assault. First, two years before Meg Bossong ’05 arrived at Williams as a freshman, I was profoundly moved by the First Days orientation dating-violence testimony. The afternoon before the evening “Rape is Wrong” program, I was scandalized by influential men on campus joking that certain “no’s” give consent. Just as scripture says, “Let your ‘yes’ mean yes and your ‘no’ mean no,” so, too, campus initiatives must empower non-consenting students to choose to avoid dangerous situations. Second, ending sexual misconduct will have to burst the bubble that one’s private flaws “aren’t hurting anyone.” The rise of such violence is a scourge (as President Adam Falk says), revealing the social impact of substance abuse and pornographic lifestyles. It’s on us.

While it is nice—and even astounding—to see the number of administrators and good-hearted student groups trying to help victims of sexual assault, I wish that Caroline Rothstein’s article had told us more about what is being done to combat the causes of sexual assault. Rothstein briefly tells us of one freshman who refused to take advantage of a drunken woman, for example, but does not discuss how often sexual violence is closely connected to alcohol abuse. Until I have a better sense of how the college is dealing with alcohol issues and other root causes, I cannot help but feel that—even though sexual violence is greater among the same age group who are not in college—all those different administrators and student groups pictured in Williams Magazine will be far busier than they ought to be.

Your latest issue of Williams Magazine was terrific —and much needed. I got some hints from my students during Winter Study that the social situation needs to be remedied. In February, I was giving talks in Florida and met a well-known psychiatrist. She said that many of her clients are young women, whom she referred to as “victims of the hook-up scene” on many college campuses. She said these women are shattered and bewildered by what they have been through and are struggling to reshape their lives and their identities. 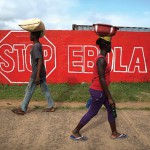 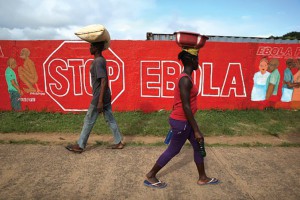 Thank you so much for your article “Dispatch from the Hot Zone” (spring 2015). It is wonderful to see the commitment of so many Ephs in battling the Ebola epidemic in West Africa, and they deserve our deepest thanks. It should also be noted, however, that waterborne illnesses throughout Africa (and Asia and Latin America) exact a far greater toll on the population, especially among children, than Ebola. In fact, since 2000, more people have died of waterborne illnesses than from all wars combined. It is going to require a lasting commitment on all of our parts to ensure that everyone has access to what we, living in the U.S., take so much for granted—clean water. 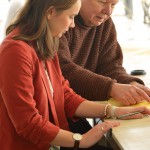 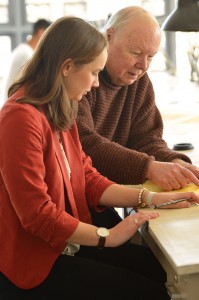 I was fascinated by “The Italian Job” (spring 2015), which recounts the collaboration between Professor E.J. Johnson ’59 and his student Grace McEniry ’12 in arriving at a stunning Renaissance architectural discovery. I was fascinated—but not completely surprised. E.J.’s first year as a professor at Williams was my senior year, and although we had the great and fabled triumvirate of Faison, Stoddard and Pierson in our art history department, E.J. was an inspiring teacher and fresh face. He made Alberti, Brunelleschi and Bramante come alive for us, and clearly he has not let up 50 years later. Very exciting! Thank you, E.J.—and thank you, Grace!

I want to compliment you and writer Abe Loomis on your recent piece on E.J. Johnson’s ’59 discovery of Serlio’s ephemeral theater design and the role played by Grace McEniry ’12 in its reconstruction. Fascinating!

So Much, So Interesting

I always read the Williams magazine when it arrives in my mailbox. This time (spring 2015) I still have not finished it all. So much. So interesting. So big a change in content. Wow. Congratulations!

Four years later, I still reflect often on the depth and impact of my experiences as a Class of 1960 Scholar for the art department in 2010-11. The program provided a critical space for focused and meaningful student leadership, and I am extremely grateful to the Class of 1960 for generously providing the funding that makes it all possible. I noticed in the spring 2015 issue (“Harrington Honored for Outstanding Research”) that the honor is referred to as the “Class of 1960s Scholar.” In fact, it is specifically the Class of 1960 that assembled and funded the initiative.

Editor’s Note: Our apologies for the error.