A Boy's Perspective on the Holocaust 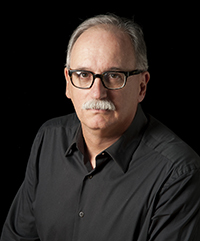 Jim Shepard’s latest novel, The Book of Aron (Knopf, 2015), has been called “a masterpiece” by the Washington Post; and the New York Times calls him “a master of the verbal fingerprint.”

The college’s J. Leland Miller Professor of American History, Literature and Eloquence tells Aron’s story from the boy’s perspective in simple language that belies the unfolding horror. Growing up in a rural Polish shtetl and then in Warsaw before the Germans invaded Poland, Aron sees his world shrink as fences are constructed around his neighborhood, and then fill to the brim with death and brutality. He roams the streets with a pack of children, smuggles food back to his tiny apartment, loses his family, gets frostbite, sleeps in the ghetto’s corners and crevices and eventually is taken into an orphanage run by Dr. Janusz Korczak, a real-life figure known throughout prewar Europe as a staunch advocate for children’s rights and education reform. Though Korczak planned to retire in what would become modern-day Israel, he instead remained with his charges throughout the Nazi invasion and ultimately marched with them to the Treblinka death camp.

The idea for Shepard’s book began with an email from a former student, Creaghan Trainor ’98, who suggested the acclaimed author read up on Korczak. Shepard, known for writing about a wide variety of topics and characters including Nosferatu and B-movie monsters, already owned a copy of Korczak’s Ghetto Diary, so he re-read it. Thus began five years of research and writing. The Book of Aron has a lengthy bibliography that includes Holocaust survivors’ testimony and a trip to Poland.

Shepard continued teaching while working on the book. “I discovered a huge amount of things I didn’t know I was looking for,” he says. He often approaches writing and research simultaneously, or starts exploring a topic and then, “at some point, it shades from ‘Jim is reading weird things’ to ‘Jim is doing research for a story or novel.’ … The writing will tell me what else I need to know.”

Shepard has taught at Williams for 32 years. Among many works, he is the author of the novel Project X and the story collection Like You’d Understand, Anyway, a 2007 National Book Award finalist.

From The Book of Aron: 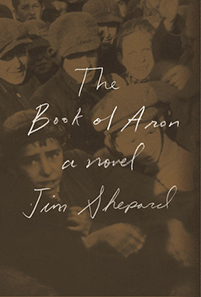 My uncle was my mother’s brother, and he was the one who started calling me Sh’maya because I did so many things that made him put his finger to his nose as a warning and say, “God has heard.” We shared a house with another family in Panevzys near the Lithuanian border. We lived in the front room with a four-paned window and a big stove with a tin sheet on top. Our father was always off looking for money. For a while he sold animal hides. Our mother wished he would do something else, but he always said the pope and the peasant each had their own work. She washed other people’s floors and when she left for the day our neighbors did whatever they wanted to us. They stole our food and threw our things into the street. Then she came home exhausted and had to fight with them about how they’d treated us, while I hid behind the rubbish pile in the courtyard. When my older brothers got home they’d be part of the shouting, too. Where’s Sh’maya? they’d ask when it was over. I’d still be behind the rubbish pile. When the wind was strong, grit got in my eyes.

Sh’maya only looks out for himself, my uncle always said, but I never wanted to be like that. I lectured myself on walks. I made lists of ways I could improve. Years went by like one unhappy day.

Photo by Barry Goldstein, courtesy of Alfred A. Knopf