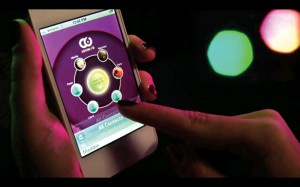 The app allows users to create a list of six friends they can call or text easily, whether it’s to seek assistance in an uncomfortable situation, ask a friend to talk, find help getting home or connect with campus-based resources. Last year Williams became the first college to pilot the app.

According to anonymous usage records, Williams students are accessing Circle of 6 an average of 134 times per day. Meanwhile, the results of focus group sessions conducted on campus over the summer and data from the college’s recent Attitudes on Sexual Assault survey show that students increasingly see themselves as peer supporters engaged in collective preventive action.

According to the survey, 69 percent of respondents said they checked in with a friend who looked very intoxicated and was leaving a party with someone; 82 percent said they helped an intoxicated or otherwise challenged friend get home; and 52 percent said they interrupted a conversation when it appeared that one person looked uncomfortable. Focus group participants indicated that they took texts from the app seriously and appreciated its privacy.

Among other initiatives, the college will be piloting sexual assault prevention strategies to be developed by the Center for Effective Public Policy in partnership with colleges and universities.

“One of the keys to successful prevention work is fostering both individual skill-building and cultural change,” says Meg Bossong ’05, the college’s director of sexual assault prevention and response. “The Williams community is thinking deeply and often about how to create safety, and we’re seeing those conversations expand across the whole year, not just during orientation times when the focus is most intense.”